Unemployed & frustrated in a foreign country, he decides to start an online shop. But doesn’t find a good product to do it. So, he builds his own startup! Here’s the crazy story of how Shopify grew to $65B

During the pandemic, what Zoom was to remote workers, Shopify was to small businesses.

When, suddenly, the world was thrown into lockdowns and small businesses were left suffering, Shopify stepped in with a brilliant solution.

They helped these businesses to launch online stores almost overnight, with all the support they could possibly need. Of course, the solution was a huge HIT, as Shopify's sales jumped by 86% in 2020!

But, Shopify was no overnight success. It took more than 10 years to get where they are today.

So buckle up! Today, we will be covering the story of Shopify & its creator Tobias (Tobi) Lutke.

Firstly, a bit of history

It all started when Tobi decided to move 4,192 miles from Germany to Canada, to be with his future wife.

Having left his job at Siemens & being a high-school dropout without a college degree, Tobi couldn't get a work permit in Canada. So, he decided to start a business.

He met his co-founder, Scott Lakes, through his in-laws. And thus, began their journey to create Snowdevils — an online Snowboards store.

Buildding an Online Store in 2004

Now with an initial investment of $200K from friends & family, Tobi & Scott were all set to launch their business.

But, unfortunately, they very quickly realized that launching an online store with the kind of tech in 2004 was not easy!

Tobi tried using solutions like Yahoo! Stores & OsCommerce, but in his own words, these solutions "made his skin crawl because of how bad they were". He lost it when he couldn't get the custom design to work in Yahoo! stores. The tool barely allowed him to change the background color of the top frame!

So, Tobi ditched this route & went ahead to create his own software.

Now, here's what you need to know about Tobi:

So, one thing is clear, from the beginning, Tobi was a bit of a rebel, who hated authority & preferred doing things his own way.

So, when it was his time to create the software, he ignored all the traditional programming languages at that time, saying they were too restrictive. Instead, he went with this relatively unknown Japanese programming language called Ruby that barely had any written documentation in English.

In 2004, Snowdevil went live. But, people seemed more interested in the software Tobi had built than buying Snowboards.

So, he quickly got on to working on Shopify — an e-commerce platform for businesses.

But, what exactly is Shopify?

Shopify essentially started out as a tool that integrates all the elements you need to run an e-commerce business.

Typically, you'd need these things to start an e-commerce business:

Now imagine this — instead of using different tools for all of these things, what if you only had to use one product that took care of everything.

Well, Shopify is that one tool that provides all these solutions, so merchants can focus on things that actually matter to them — their product & customers.

So, Tobi rolled out Shopify to merchants in 2006 with very basic features like customizable templates, order tracking & inventory management. Plus a simple payment integration for PayPal and credit cards.

I want to buildd a platform, not just a tool!

After the official launch in 2006, Shopify was making ~$8k per month & had a very small customer base.

Tobi quickly realized that Shopify had to become a full-fledged platform rather than being a mere tool.

Hmm, but what exactly is the difference?

Well, a platform is based on the idea of collaboration and having a community that helps you grow the core product. For instance, Shopify's app store has 1000s of apps developed by a large developer community. It includes solutions for shipping, running ads, store management, and more.

In other words, a platform gives a community the necessary tools to buildd useful products on top of it. For instance, merchants can access Shopify's APIs to buildd new plugins and add specific functionalities to their store. 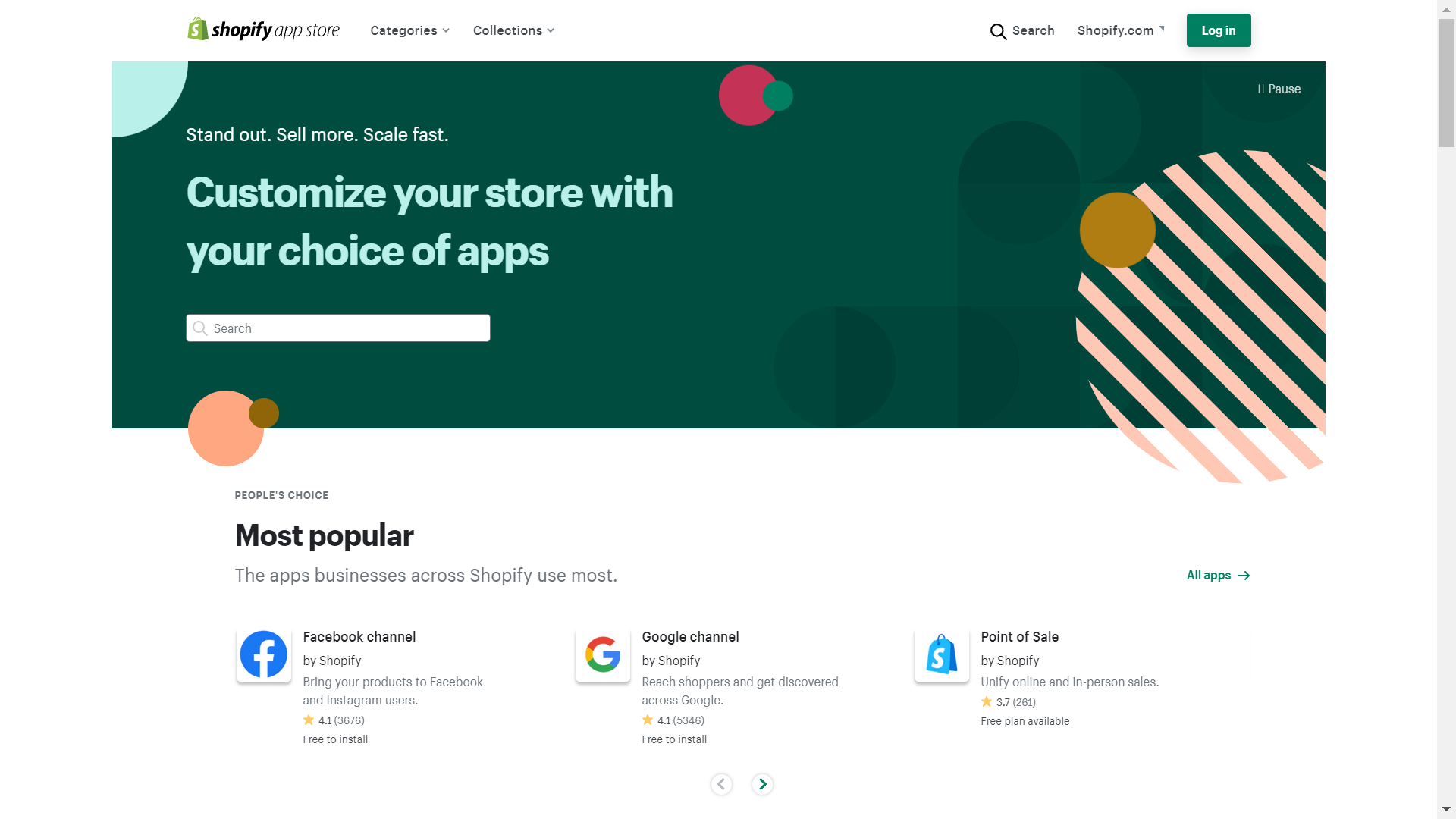 As time went by, Shopify layered more integrations on top of its original offering which are now known as merchant solutions:

With these & more integrations in place, Shopify has created a great platform for merchants to cater to all their needs.

These solutions also account for the majority of Shopify's revenue. Basically, Shopify makes money through:

The subscription business accounts for 30% of Shopify's revenue, while the merchant solutions account for a whopping 70% of its revenue!

The year when everyone set up an online shop

Over the last 10-15 years, Shopify has gone through very rough times. The 2008 financial crisis was the toughest when the then CEO left the company, and Tobi had to fill in. Yet they moved past all of the problems and emerged as one of the largest e-commerce platforms in the world.

But, surprisingly, the 2020 pandemic came as the biggest opportunity for Shopify. During the 2 year period, Shopify saw an influx of mom & pop shops that had moved from their offline businesses to set up stores on Shopify.

The number of merchants using Shopify doubled to 2M during this time, while their sales increased by 86% in 2020! At one point during the pandemic, Shopify's market value even rose to $200B+.

While Shopify is riding the wave of success, Amazon has its own plans to take on Shopify!

You're probably wondering what Amazon finds so exciting about this space and what are they doing about it. Well, hold on till we have our next piece covering exactly that — Amazon vs. Shopify! In 2016, the headphone market was already a crowded space! But, Aman Gupta realised that there was no good quality, aesthetic headsets that were also affordable. Aman bet on the "Headphones as a fashion accessory" theory and started working to make it affordable.

But, he started small! They first worked to solve a common problem people face. What was this problem? Well, you know how charger cables break near the ends quickly as time goes by. Buying a new cable is of course expensive.

So, they built an affordable product for this. And, these cables were an instant hit! They then went on to buildd a bass-heavy headphone and people loved it too!

It means their business does not sit on a cash pile, because it needs to reinvest the profits into fixed expenses like buying inventory.

But, fact remains that in just 5 years boAt became the 5th largest wearables company globally! So, they are surely capable of building a good business