Outcome Cancelled Cause Underperformance Closed in 2018

What was Paragon MOBA?

Paragon was a free third-person MOBA video game developed and published by Epic Games, Inc. A MOBA video game refers to a ‘multiplayer online battle area’. It is a subgenre of strategy games in which 2 teams compete on a predefined battlefield.

In a Paragon match, ten players were divided into 2 teams. Both teams were tasked with defeating the enemy team by destroying the enemy base. Each map was symmetrical by design with each base located on the opposite ends of the map.

Each player assumed control of a predefined character (a ‘Hero’) who had their own unique set of weapons and skills. Whenever players defeated a rival player or destroyed the rival tower, they gained points. These points allowed the player to level up, and unlock new abilities.

The game also had a replay system that allowed players to spectate matches and review gameplay. According to the creators, Paragon was not pay-to-win. However, players could use real-world currency to purchase cosmetic items for their characters.

Paragon MOBA was developed by Epic Games, an American video game developer and publisher. One of the game’s primary objectives was to infuse fast paced-action into the MOBA genre. This was done by featuring gameplay similar to a third-person shooter (TPS); in contrast to a first-person shooter (FPS).

In FPS, the game is only visible through the eyes of the character in a first-person view. In TPS, the controlled character (along with the rest of the game) is visible from the perspective of an onlooker. The characters were also designed to have different mobility skills - to compliment the TPS view.

In order to set it apart from the competition, the creators focused on simplifying the game’s foundational blueprint. The most notable way this was done was by introducing the card system in the game.

The card system divided the hero upgrades into different categories. Players could buy and use suitable decks that would align with their characters. This made it a lot easier for novice players to make headway in the game. In contrast, the traditional item system had a catalogue of products with no order assigned to them; which could at times be confusing for a newcomer.

The second striking feature was the design of the game’s maps. The layouts of these maps were created to be “shaped like a bowl” so that the players could navigate easily. This also allowed veteran gamers to better observe the battle and plan their attacks strategically.

In the weeks leading up to Paragon’s announcement, Epic Games started dropping cryptic hints to tease its new project. On November 3rd 2015, Paragon MOBA was announced via a 30-second trailer.

Paragon was set to be released as a non-boxed game. Steve Superville, the game’s creative director was excited about this decision, as it allowed the team to receive real-time feedback from the community. They could make adjustments and test out new formats actively.

An early access version of Paragon was released on March 14th 2016, in PlayStation 4 and Microsoft Windows. An early access release is a funding model in which consumers purchase the game in various development cycles. Developers use these funds to further improve the game.

To attract more players to the game, members of Playstation’s subscription model (Playstation Plus) were provided early access free of charge. As more players participated, the game seemed to progress towards what could only be described as a unique Epic Games MOBA experience. 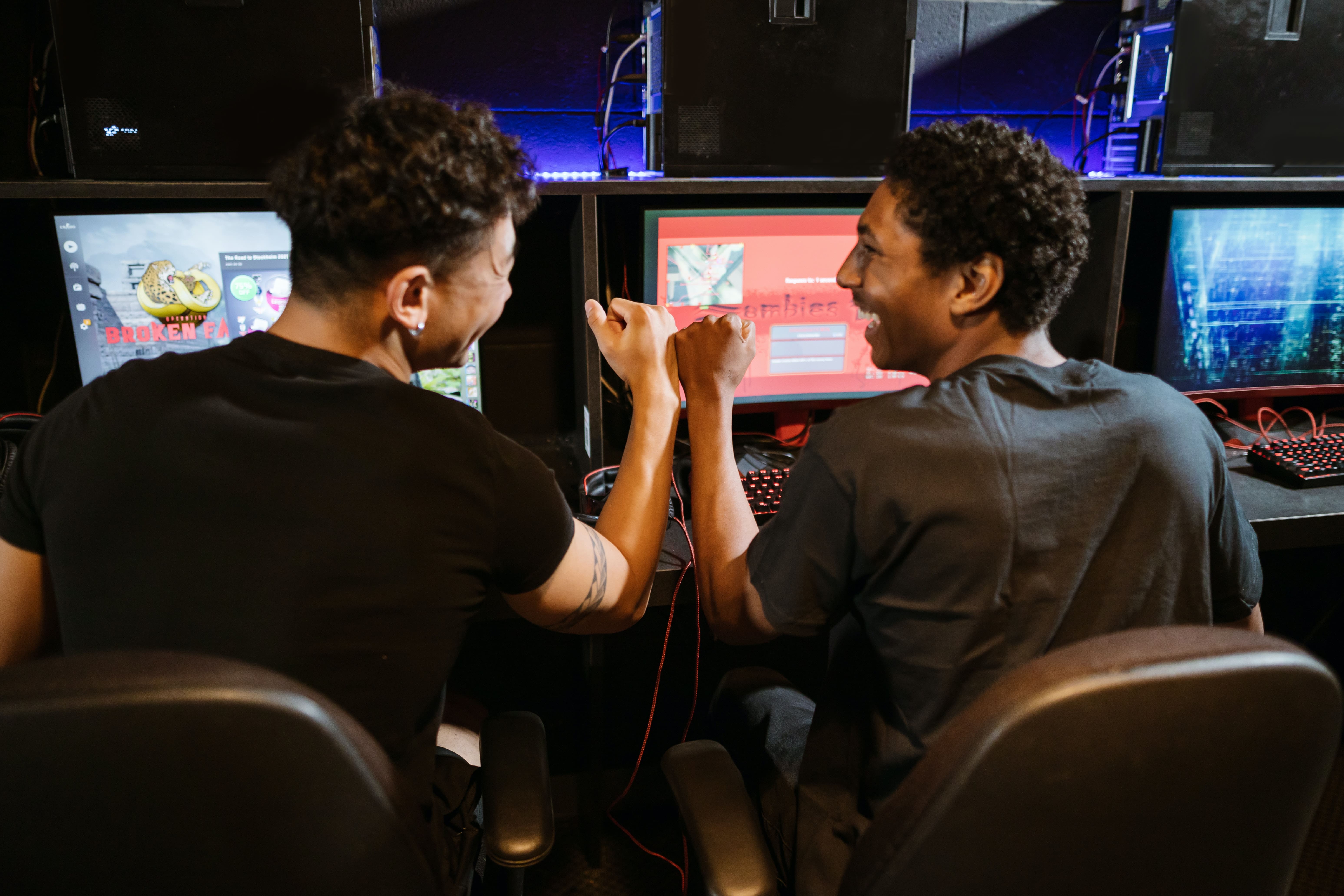 With its first set of reviews, Paragon’s development team started implementing new changes in the game. However, each new update had its own set of pros and cons.

For example- since Paragon was a strategy game, it had a big map. However, the size of the map made it challenging for the players to travel across landmarks. The long commute also made the players more vulnerable to attacks.

To fix this problem, the game creators introduced a travel mode. With this, players could teleport and traverse the map with ease. Travel mode was generally well-received. But it was also often misused by users. Players used this feature to flee battle scenarios at the last minute by teleporting - causing many frustrating encounters.

The dev team also kept adding new characters based on the reception of the existing heroes. New heroes were added every few weeks till they capped the number at 38.

In August 2017, the game left early access and Epic released the free-to-play version for the public. However, fans could also purchase a physical copy of the game titled the ‘Paragon: Essential Edition’. The physical copy had beta access, in-game currency, and new items.

For all its faults, Paragon was still gaining popularity among its user base. However, with the influx of new players, new problems that could only be described as anti-social behaviour were rising.

In an attempt to improve the gameplay experience, in December 2016, Paragon announced a new update - the Monolith update. This update received a lot of mixed reviews from its user base, but most of them were negative.

The Monolith update was introduced as a new upgraded version of the game. This was an attempt by Paragon to streamline matches and improve accessibility for its users. The main changes under this version were -

As mentioned earlier, people really liked the introduction of the travel mode but disliked its misapplication. To counter this issue, the developers decided to introduce a new, smaller map.

The change in map size had a polarizing reception. A few players liked it - as it improved the movement speed of their characters. However, a lot of loyal fans did not like it, as the small map hindered their strategies.

To make matters worse, the previous map ‘Legacy’ - which had grown on the players and become quite popular - was completely removed from the game. This decision did not sit well with the fans.

A second update that was not appreciated by the players was the change in the card system. The previous card system allowed the character 6 cards that could be modified and changed at the discretion of the player.

The new update scrapped this feature. Instead, a new system was introduced in which players had only 3 cards at their disposal. And these cards could not be altered in any manner.

This particular introduction was not received well by fans. Many diehard players had spent hours fine-tuning their loadouts. They had also spent a considerable amount of time mixing and matching their cards to align with their strategies and gameplay.

These new staunch changes left them quite confused and frustrated. All this time put in the game felt like wasted efforts. 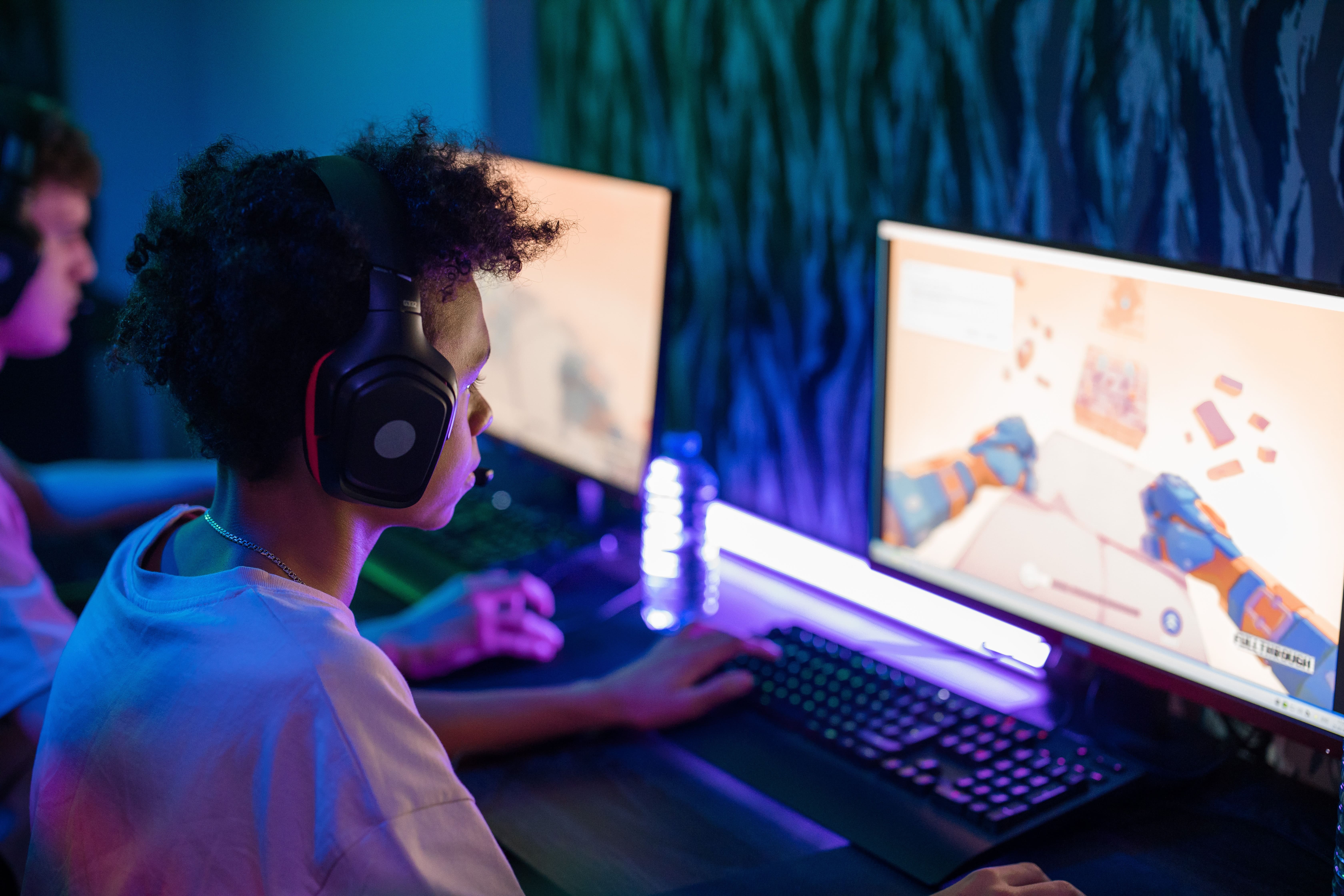 Even after the introduction of the monolith, the dev team was in an experimental phase where they kept tweaking game controls to improve the user experience.

One recurring example was the movement speeds of characters. The speeds were constantly changed and experimented with, to find the right balance and agility. Player movements were also conventionally funnelled - to improve the quality of character engagements

With all these new changes being introduced at a rapid and dynamic pace, people started getting more confused. As a result, Paragon slowly began witnessing a drop in its users. The loss was not intense at first, but its user base did start bleeding.

In January 2018, Epic announced that it would be closing down operations by April of that year. It would also be providing refunds to all players who had invested real-world currency in the game.

Epic preponed Paragon’s shut down and it was cancelled on March 19th 2018. Following its cancellation, Epic Games announced that it would freely release all $17 million worth of Paragon’s game assets for anyone working with Unreal Engine.

Unreal Engine is a 3D computer graphics game engine which is also owned by Epic Games. With no official paragon release date, the game was cancelled before it was even launched. However, its legacy is continued through Unreal Engine.

Paragon was one of the first of its kind. Its idea had been tried and tested with the loyal fanbase it accrued. But what went wrong?

Paragon was never officially released and was still in its early access stage. Therefore introducing changes in the game was not unwarranted. A lot of successful games introduce new developments in their early access stage without deterring its users.

However, Paragon missed the mark on this advent as its changes were more likes rewrites of the game structure rather than tweaks or upgrades. Accommodating multiple rewrites can get frustrating after a certain point for a player.

To top things off, these rewrites were introduced while millions of users were still actively playing the game.

Dynamism is not a bad trait for any business (or game for this matter) to have. But changes introduced during product development need to enhance the overall customer experience, not worsen it.

Paragon missed the mark in this regard. It did not focus on what its audience actually wanted. The changes introduced in the game were more contemporary than beneficial. It appeared that the development team wanted to follow popular trends, instead of sticking to its identity.

A main, very important reason for Paragon’s cancellation can also be attributed to Fortnite’s success. Fortnite is another game released by Epic Games. By 2018, Fornite had a 45 million strong user base as opposed to Paragon’s 5 million.

Epic eventually decided to reduce Paragon’s development team and diverted its resources in favour of Fornite. Paragon’s limited growth had not met expectations. Eventually, maintaining Paragon when it had the goldmine of Fortnite in its hands, just did not make business sense.

Although its cancellation was disappointing to many fans, Epic’s release of Paragon’s assets inspired many spin-off games. Many began to wonder: is there hope for Paragon? Is Paragon coming back?

In March 2021, Developer Omeda Studios secured $2.2 million in their first round of funding. The developers were working on a new game ‘Predecessor’, to continue Paragon’s legacy.

The game would be reusing many of Paragon’s assets which Epic had made freely available. Paragon’s old characters, VFX, environments, and animations, would be revived; along with new character concepts.

The Predecessor - Paragon update today is that Predecessor is currently still under development. However, an early access version is expected to come out later this year. Nagavara Ramarao Narayana Murthy CBE LH is an Indian billionaire businessman. He is the founder of Infosys, and has been the chairman, chief executive officer, president, and chief mentor of the company before retiring and taking the title chairman emeritus.

Infosys
Founder and Chairman Emeritus Started on the side Doesn't code Chad Meredith Hurley is an American webmaster and businessman who serves as the advisor and former chief executive officer of YouTube. He also co-founded MixBit.