It seems like the jolly old summer party for Indian startups is about to end. And, the WINTER is COMING! Let's analyze the trend of layoffs and VCs advise to "prepare for the worst!".

The news cycles have taken an unfortunate turn!

It seems like only yesterday when India got its 100th unicorn — the neo-banking startup, Open.

Together these 100 unicorns account for a collective valuation of $333 billion dollars[1]! So, by default, VCs were throwing their BIG bucks at these startups for the longest time.

But, in a weird twist of faith, before we could hear about our 101st unicorn the flood of back-to-back news items on employee layoffs have made an arrival.

The VC tone also quickly changed from "take my money!" enthusiasm to whispered caution. Caution about a looming recession!

It seems like the jolly old summer party for Indian startups is about to end. And, the WINTER is COMING!

Today, we are going to break down all the details about this dynamic. So, let's go 🚀

What goes up must come down

To put it simply, during the last decade, Indian startups have been raising money left, right, and center.

Just look at the numbers[1] over the last few years:

Now, following this trend, just in the first 4 months of 2022, Indian startups have raised $14.3B in funding[2]. That is literally 2x of the money raised during the same period in 2021.

But, just when it seemed like the happy days of endless cash would go on forever, a report predicting about a 19% fall[3] in funding in Q2 of 2022 came through.

More grim news followed this prediction, with VCs warning their startups to prepare for a runway of 18 to 24 months.

Among all the uncertainty, VCs were clear on one fact — startups shouldn't expect to raise more funds anytime soon.

The immediate effects of this development directly showed itself via employee layoffs. And, our ed-tech unicorns were the first to lead the way.

The trend is definitely not limited to just ed-tech. Zomato backed BlinkIt laid off 1600 of its employees. That's after Zomato spent almost $100M (overall, up to a $1B) to bail out BlinkIt just back in March.

In the e-commerce sector, Meesho also laid off 150 of its employees.

The overall tally of layoffs has now reached the 6000+ mark. So, things are definitely concerning.

The dried-up funding means that these high-growth-focused startups can no longer simply throw money at the problem. Seems like the days of 'crazy salaries' have come to an end!

The downturn is here! But, why?

But, what has caused the sudden shift in tone?

Well, a major reason is the arrival of an economic downturn. Or the fear-inducing word — Recession, that's predicted to be coming to the US shores! 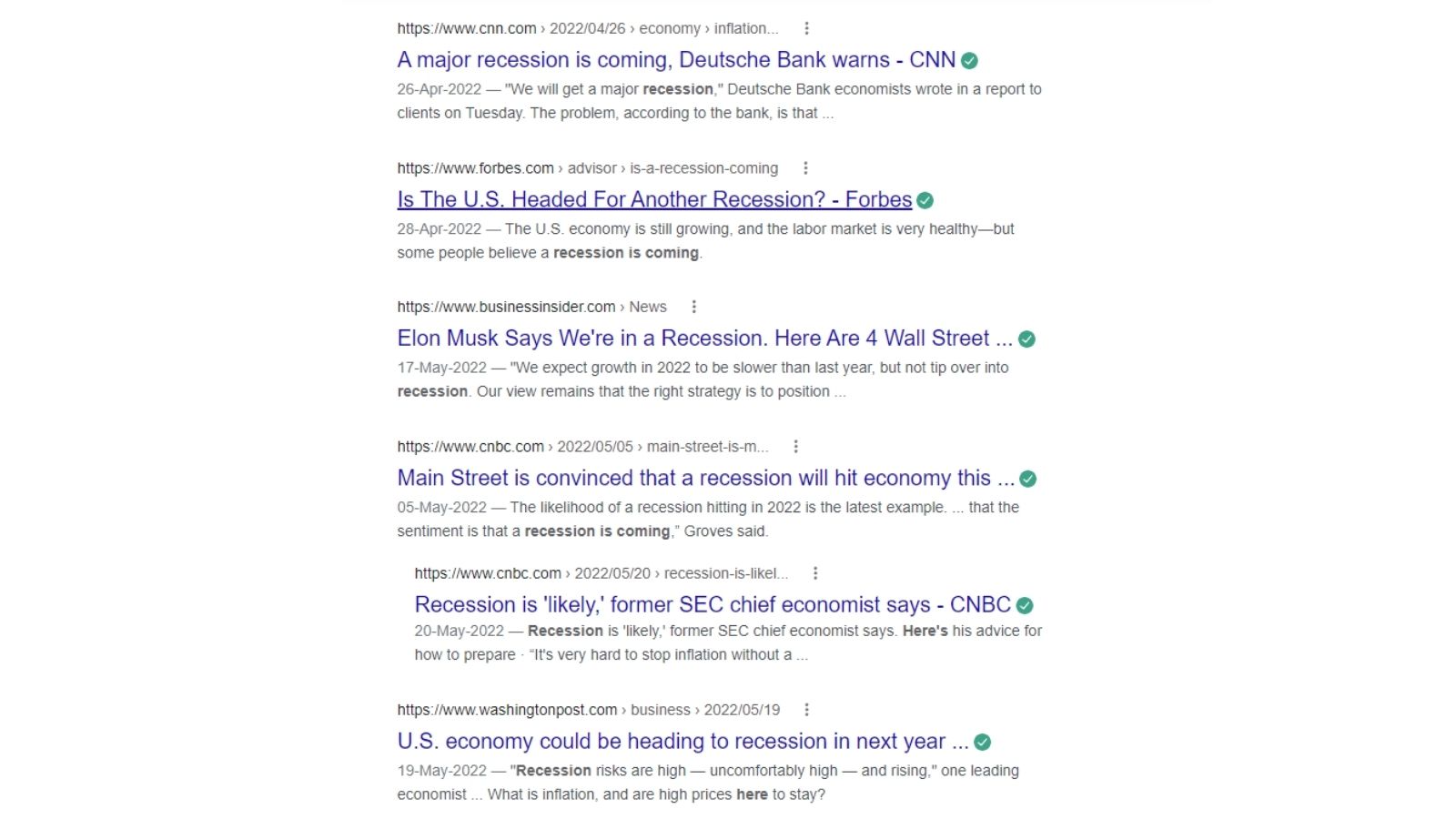 Now, I am sure you're probably wondering what's causing this economic downturn.

Well, the biggest, most direct reason is the US central banks' hike in the interest rates.

With the interest rates hiked, borrowing money would be more expensive. So, basically, this development is causing a pullback of capital from the global market (including India) causing liquidity problems for startups.

Moreover, according to Deutsche Bank, in its long history, Fed has never been able to correct inflation shoots without pushing the economy into a recession.[5]

In any case, although the recession is not certain, the global investors have become bearish with their investments. And, are definitely anticipating a slowdown/correction of the inflated asset bubbles.

VCs and their "ORIGINAL" advise

But, what happens to the startups that have always relied on the next round of VC funding to stay afloat? Well, VCs have been quite clear that it's not going to be business as usual. And, they're now advising startups to "prepare for the worst".

The preparation includes building an 18-24 month runway. That is basically having enough capital to take care of the operational expenses for the next 18 months. So, that these startups don't crash and burn before things go back to normal.

But, how do these startups go about preparing for the worst? Well, VCs have some incredible advice:[6]

Does this sound familiar? Well, essentially, VCs are describing exactly how bootstrapped startups have been run for decades as original advice.

How interesting! But, you know what's more interesting? Well, there could be an upside to the downturn!

The recession storm can sieve hacks from well-run startups!

We witnessed it when the dot com bubble burst in 2001-2002, during the housing crisis in 2008, and during the Covid-19 pandemic in 2020. The market finds its way to correct the inflated valuations and excessive liquidity.

But, what's interesting is that the most resilient startups were founded during the previous economic crisis in 2008. Think Zerodha or Airbnb, Snapchat, and UBER, as an example.

So, downturns are literally a test for startups to see if they can survive solely on their business model without burning a ton of cash.

In a way, this gives downturns the power to separate well-run startups from "hacks", who'll have very little chance to survive. But, why?

Well, you see, a slowdown is the surest way to shift focus from "growth-at-all-cost" to the basics of running a business? Because the cost of not focusing on fundamentals could endanger survival!

So, startups will have to be cautious about blindly spending on marketing campaigns that don't produce enough value for the bucks invested. Like Unacademy's Rs 40 Cr spent on IPL ads!

Now, considering how these businesses were run before you're probably wondering if running a company this way is even possible.

Well, other startups that forgo VC money don't need a recession to remind them of these fundamentals. In fact, companies that can't afford to burn cash have been running this way for years!﻿

So, maybe these heavily funded giants could take a minute to study their bootstrapped brothers. As a result, they very well might make it to the other side of this recession.﻿

But surely there is more bad news to come! Only time will tell ﻿🙂﻿ Thrasio-style companies acquire high-growth online businesses and use their own expertise to scale those businesses.

Indian VCs are betting BIG on this space with them investing HUGE in a host of startups apart from Mensa Brands.

Mensa Brands follows the Thrasio-model and with its $130 million round at a $1.2 billion valuation is the quickest startup to turn into a unicorn

The fundraise is to majorly to acquire new brands. However, given Mensa Brands' lofty goals, we should see another fundraise in the next 12-15 months.

The OG, Thrasio, is said to be entering the Indian market. That combined with the existing players should make this a competitive space, though there is a large base of successful small businesses for these startups to acquire.