Netflix has had a LEGENDARY run so far!

It has given us some iconic television over the years. Think of the most recent TV HITS — Queen's Gambit, Squid Games, Bridgerton, Black Mirror, Stranger Things — It's all Netflix!

Netflix has quickly acquired a crazy 222M subscribers. And, during the Covid lockdown, it made $30B in revenue!

On top of that, it pivoted from a small DVD rental service to a billion-dollar streaming giant. And, while doing so, knocked Blockbuster into bankruptcy!

So, basically, it's Netflix's world and we are just living in it 🙃

But, out of the many gifts Netflix has given us, the concept of binging surely takes the cake.

"Netflix and Chill" has not only changed the entertainment industry but also our lives.

A big reason behind their impact is their absolutely BRILLIANT marketing strategy. So, today we are going to cover just that. Let's go 🚀

Netflix's many pivots to binging!

Startups rarely survive for multiple decades while pivoting their business models into unknown waters and taking large risky bets on the future. But, Netflix is the BIG exception in this case!

A typical disruptor, it started out as a DVD-by-mail rental service, challenging Blockbuster's business model. Soon it introduced its subscription service model, a switch from the traditional renting of VHS tapes.

Although the subscription model was an unprecedented and a huge bet, Netflix knew that it won't be mailing DVDs to users for the next 100 years.

So, what could be the next goalpost? Well, Reed Hastings, Netflix CEO, always had a hunch that most entertainment content in the next decade would be consumed directly on the internet. So, they placed their faith in streaming!

But, this model was intrinsically flawed. You see, Netflix could only license movies after a year from theater release. That too for a mere 12-18 months till it went to "free TV".

So, what now? Well, Netflix was in a tough spot. So, it turned to what it learned during its DVD rental days.

Back in the late 1900s and early 2000s people rented DVDs for seasonal content, for example, TV series like Friends and Seinfeld, to binge them continuously episode after episode.

Netflix thought to themselves, why not replicate this model. So, they shifted their main focus from licensing movies to TV series and releasing the entire content catalog on-demand, on-go.

This essentially gave birth to binge-watching!

The world of Netflix and Chill!

Now, here's the catch - the concept of binge-watching was not a previously tested concept in entertainment. It was very much a Netflix-only phenomenon.

Apart from this, Netflix also had another problem. As the streaming space would eventually grow, more powerful players, especially production companies were bound to enter the market. So, Netflix had to be prepared.

In 2013, Netflix pivoted once again to become a full-fledged production company that creates original content. And, their first project was House of Cards.

Netflix spent a whopping $100M on this project with no guarantee of success. But, their bets, as we know, paid off. And, so did the bet of binge-watching.

This worked out perfectly for Netflix given its entire bet relied on more user subscriptions. How? Well, let me explain.

You see, from their early days, Netflix made money from users subscribing to their platform. Once they are subscribed they can pretty much watch anything, for however long.

So, Netflix's main goal was always to create an attractive streaming brand. Licensed content didn't help much with that. But, the added publicity aspect of "House of Cards by Netflix" surely helped promote Netflix as well as the show.

Since becoming a production house, Netflix's emphasis on content, be it for its original series or for marketing, has increasingly gone up.

In the bling of Netflix's social media marketing prowess, its SEO efforts are largely ignored. But, Netflix is a behemoth in terms of SEO.

Just look at their numbers! 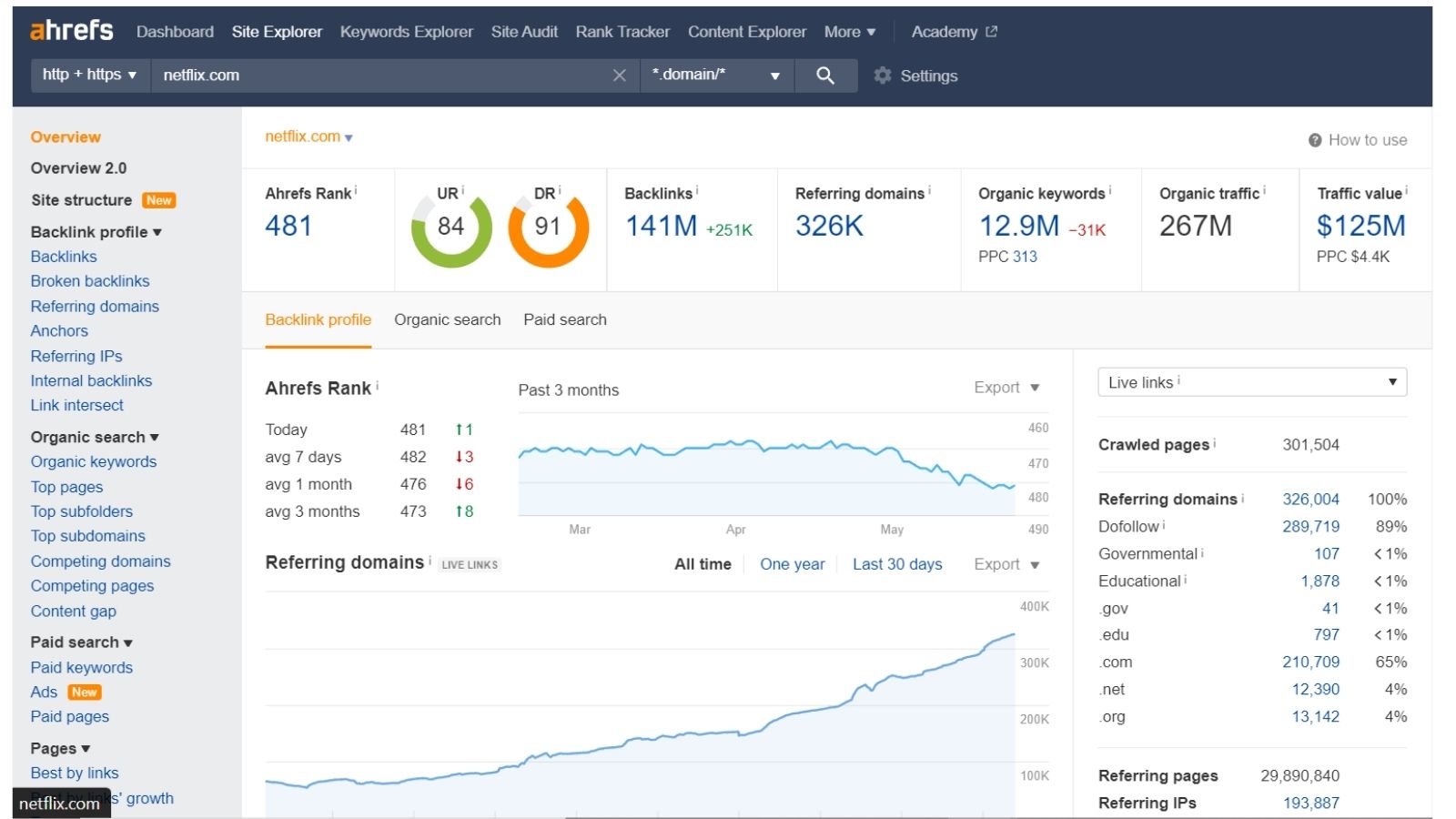 This got us wondering. How exactly is Netflix doing so well on the SEO front when all of its content is only visible to its subscribers.

We did a bit of digging to find out what Netflix was actually doing. So, here's the Netflix marketing strategy for SEO.

Basically, they have created 2 sets of subfolders that brings in the majority of traffic. These are:

The first set of /title pages ranks for keywords with crazy search volumes like:

Netflix's approach is simple - they are lowkey the biggest fans of their own content. Which, fortunately, resonates with the actual fans/their audience.

And, on top of that, the fun banter and responses always keep things light.

Here are a few examples: 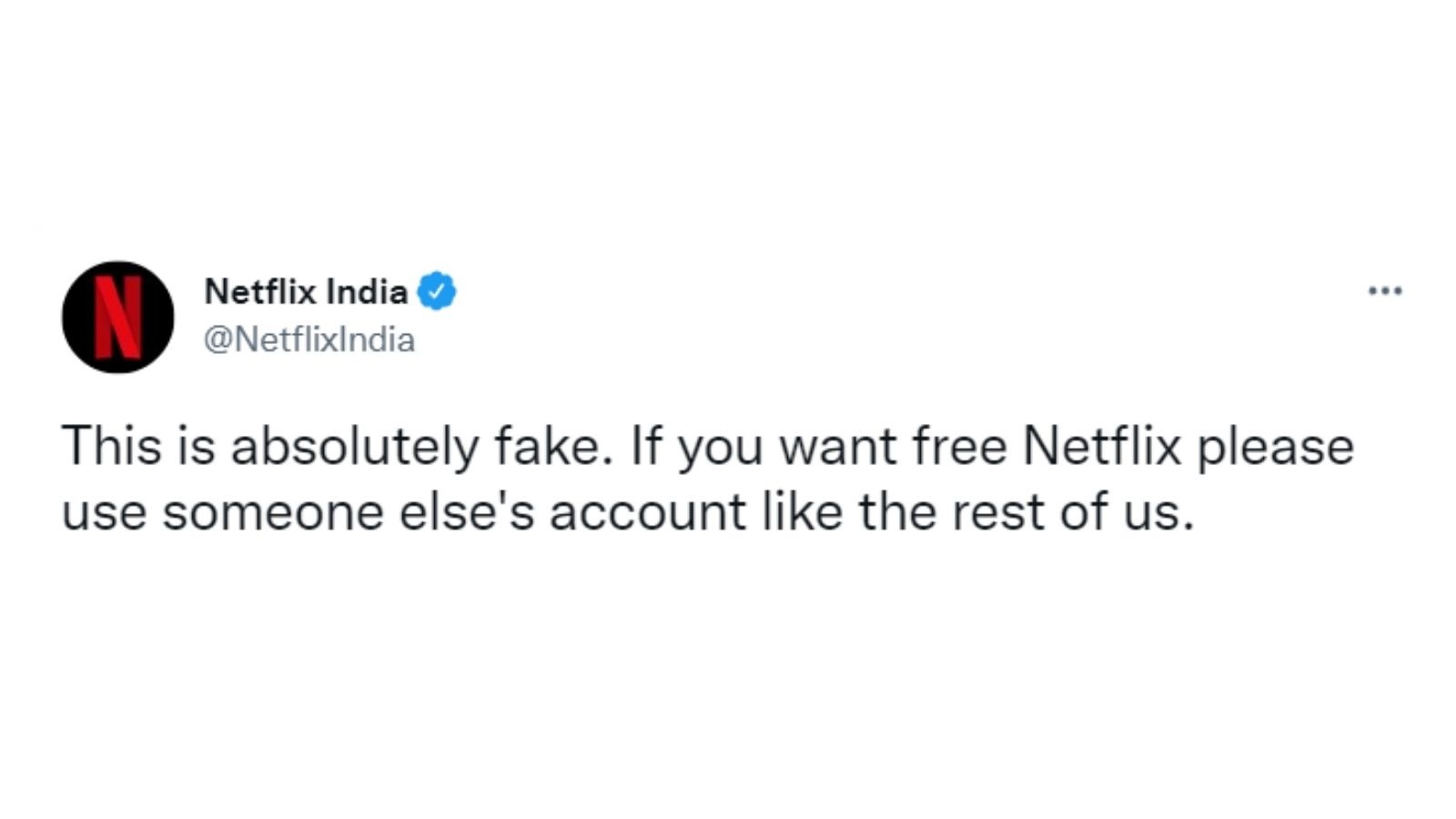 2) Again with the savage replies 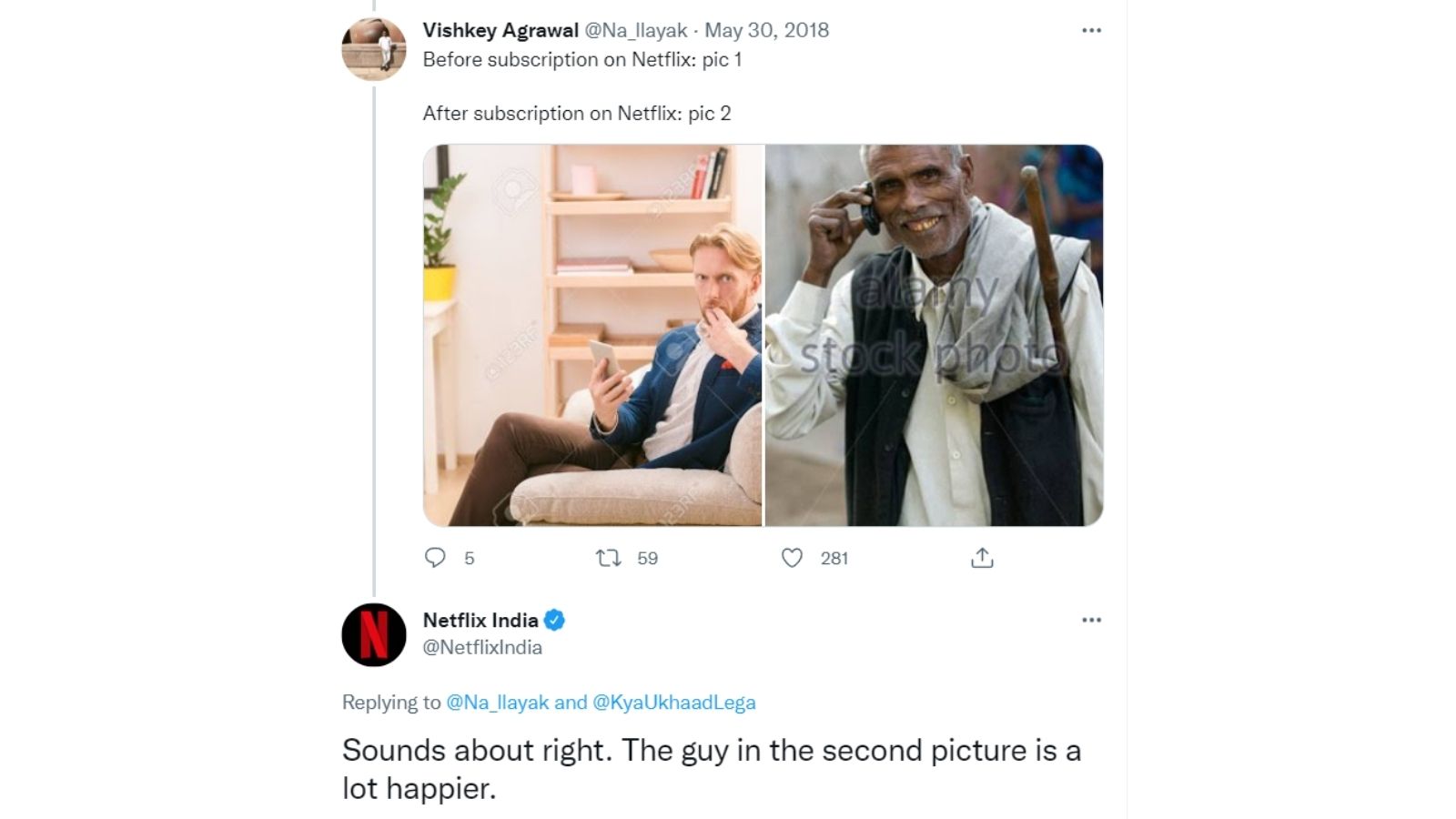 3) Netflix is totally excited for Stranger Things like the rest of us! 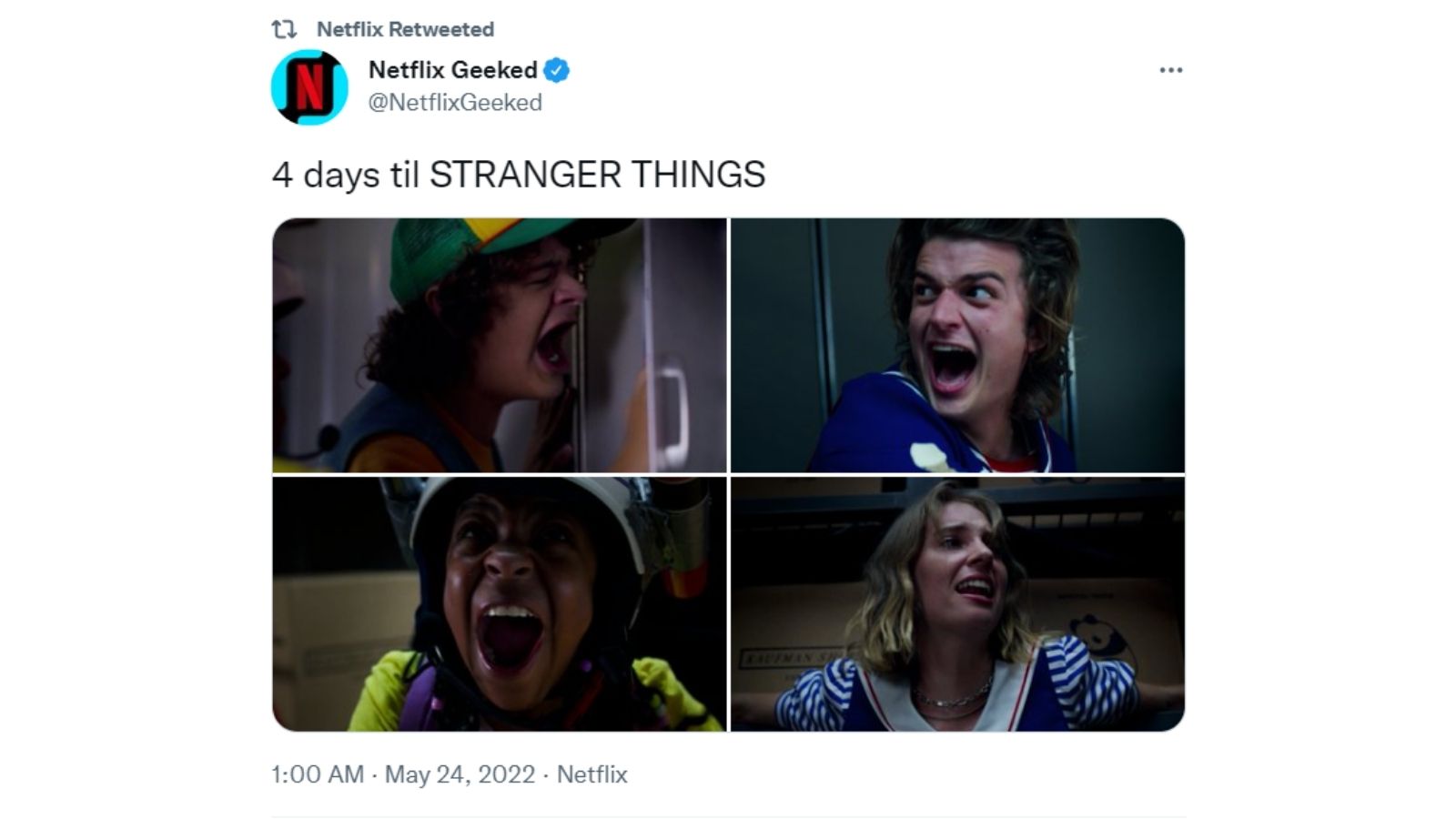 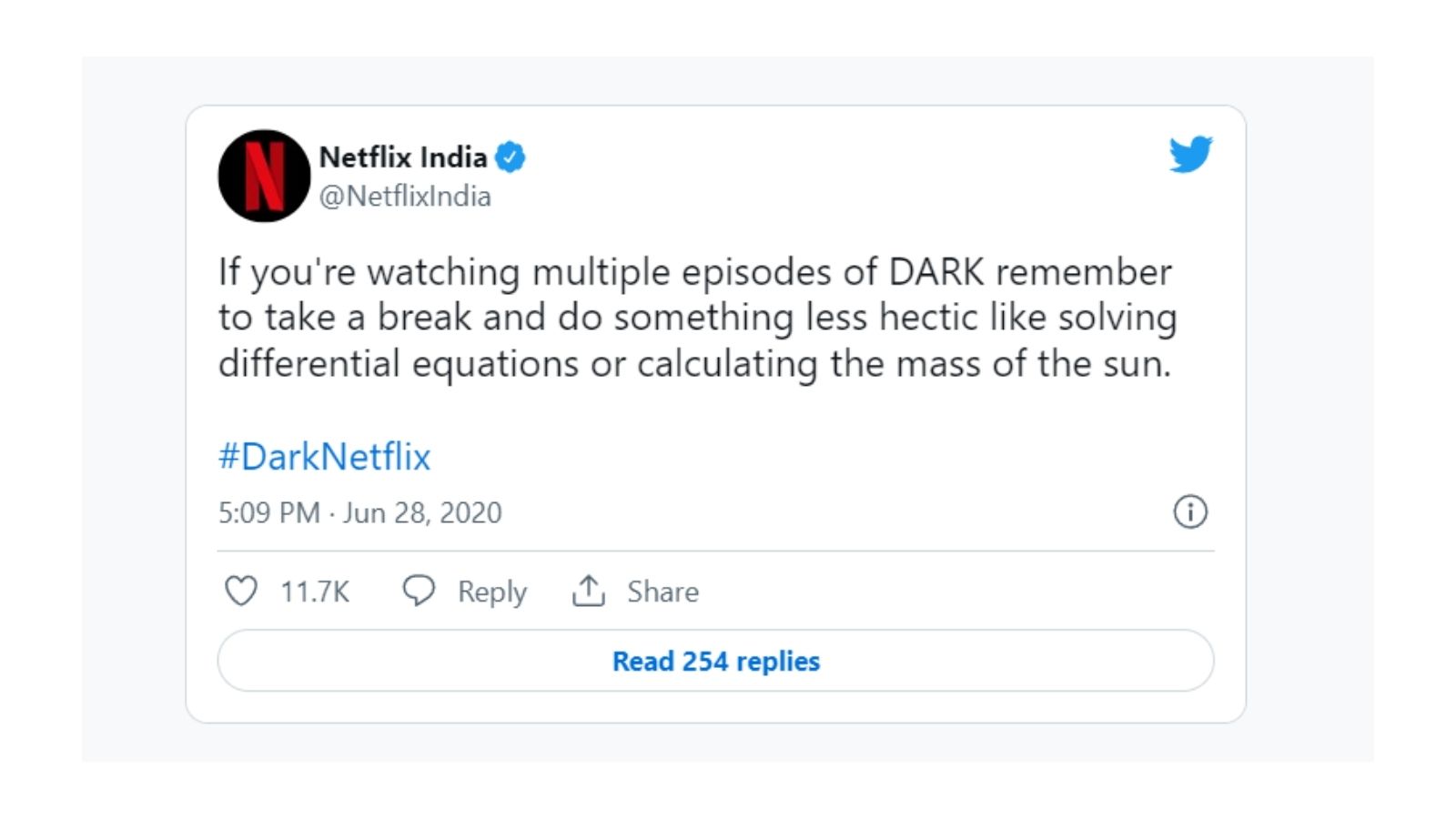 Now, Netflix's creativity is not limited to being an excellent Twitter account. Their marketing campaigns are equally brilliant!

Back in 2016, Netflix was all set to release 13 new episodes of House of Cards season 4. Only this time, things were different.

The presidential race between Donald Trump and Hillary Clinton was in full swing. Given all the many entertaining news items that come up during presidential elections, viewers were more tuned in on CNN rather than on Netflix.

So, Netflix came up with a genius idea. They released a typical presidential campaign video (that would rival the videos of Clinton and Trump) for House of Cards protagonist Frank Underwoods' presidential run!

They even created an official website fu2016.com for the campaign.

The video was absolutely iconic and shows the genius of Netflix! 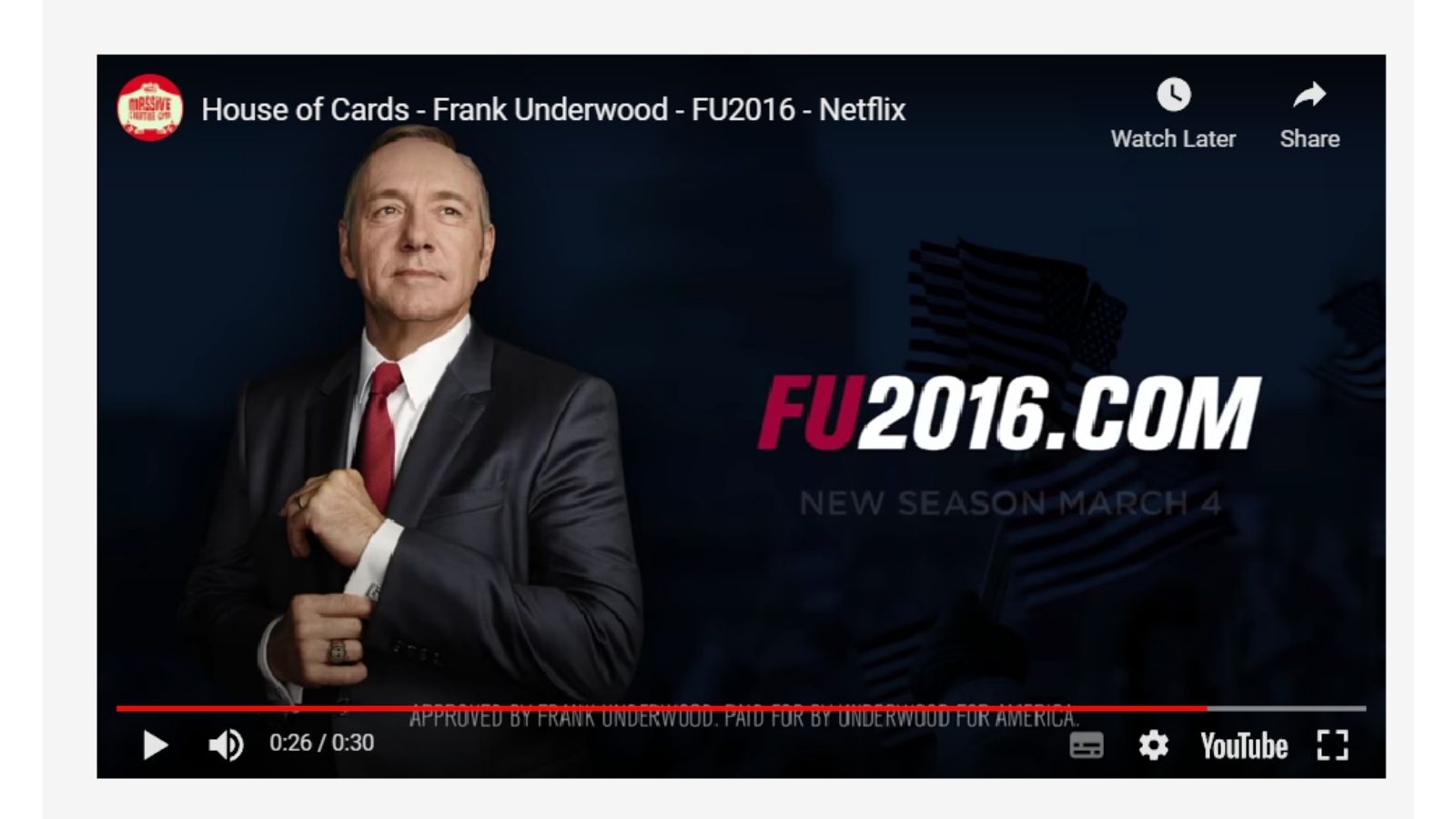 To promote 13 Reasons Why, Netflix went ahead to create individual Instagram pages for each of the characters on the show, almost like they were real people. These Instagram accounts cumulatively garnered 3.6M followers in only a few days! 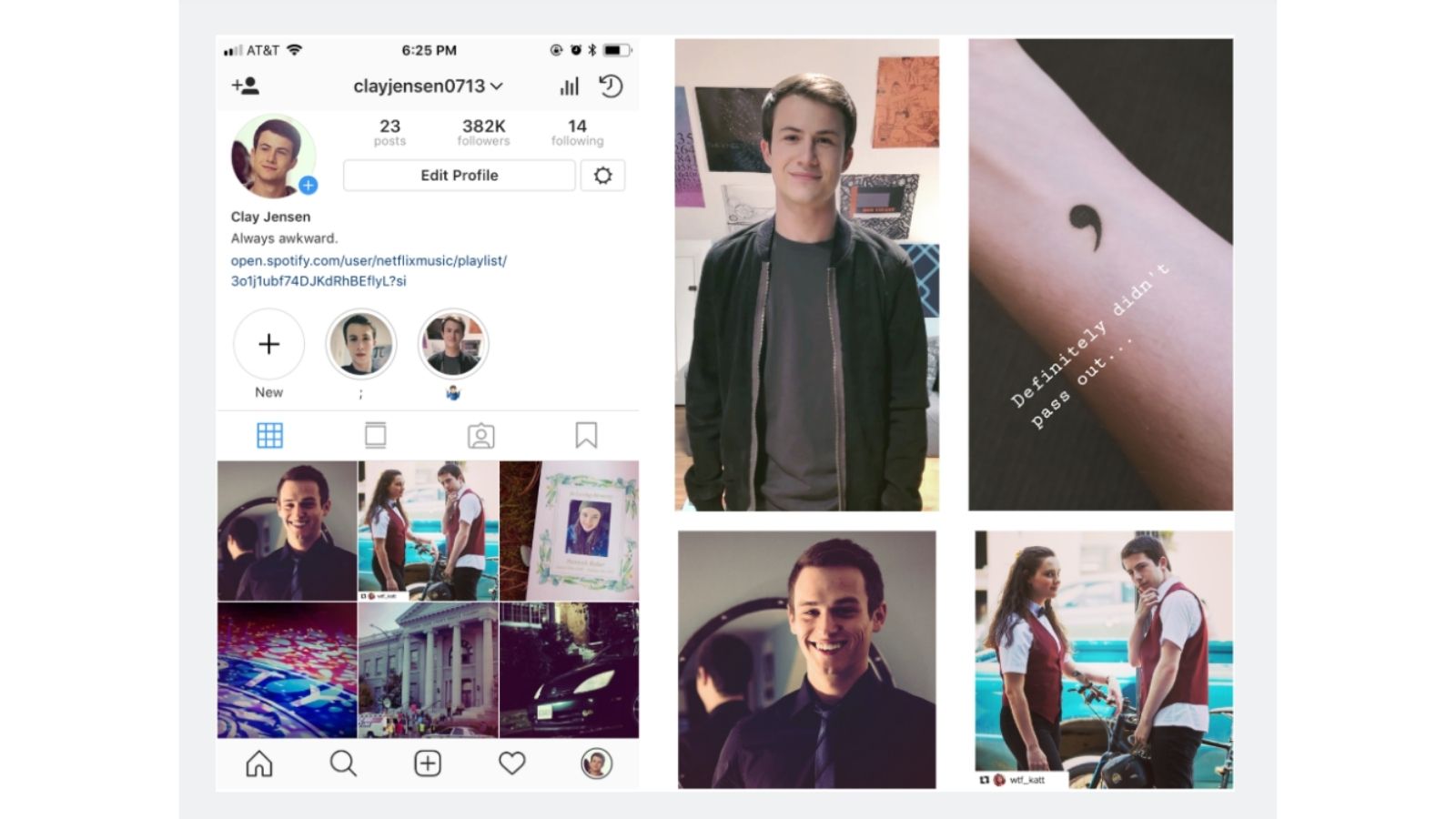 Now, given the fact that it currently has ~222M subscribers, you can only imagine the trove of data it holds on its users' activity.

But, what does Netflix do with this data?

Well, the data is incredibly valuable to identify trends, what's popular, what's not, and more importantly helps with personalized recommendations.

So, based on your watching patterns, Netflix will recommend personalized content that you may like. Moreover, the data also helps inform Netflix's investment decisions. For example, which series get renewed which don't, etc.

So what can we learn from Netflix? On Glassdoor's website users share about everything from bosses & salaries to work culture & the hiring process. This data is then organized by the platform across different parameters.

Data-driven content is shared extensively.
A couple years ago we published a report titled 'State of Remote Work'. People loved the insights that were included and shared it.
This report generated backlinks from 141 unique domains.

The Glassdoor website is full of data-driven content.
For example, they recently published the Workplace trends for 2022. This has insights around economic recovery after Covid-19, for instance. The information can be used by employees, newspapers and politicians.
So, the content is bound to be shared. When that happens, it generates backlinks.
This Glassdoor article has 360 backlinks in just over 2 months.

With so many high authority website backlinks, Glassdoor's domain authority is bound to go up. Glassdoor's DR is as high as 91, so they always rank at the top. Competitors would be lucky to beat Glassdoor!

So, finally, here's what you can learn from Glassdoor's SEO initiative:
1) Use data-driven content to get attention and links.
2) Website authority is key! It takes time & effort to buildd authority, but it's a huge boost to rank any content on your website higher on Google.

Canva is doing extremely well in terms of SEO. It get's 73.2M organic traffic, has 12M+ backlinks & ranks for more than 5.5M keywords.

The top landing pages (subfolders) that significantly contribute to their website traffic are /create & /template page.

Canva has designed these pages to rank for two sets of keywords with different intent. The intent for the first set of keywords is "Informational". Users are basically looking for information about tools to make/build/create a design/poster/card.

On the other hand, for the second set, the intent is "Navigational". The user is looking to navigate to a particular template page. So they are essentially looking for birthday card templates to eventually create their own cards.

All the category & sub-category pages are internally linked. So, Canva can rank for a range of keywords - from generic keywords like "graphic templates" to very niche keywords like "thanksgiving flyer template".

Internal linking also translates the authority juice from top pages to the other pages on the website.

To make sure these category & sub-category pages are easily replicable, Canva uses a simple template where you only have to change a few elements to create a new page.