Outcome Bankruptcy Cause Lack of Focus Closed in 2021

Katerra was an American technology-driven off-site construction startup founded in 2015 by:

The founders were big names from the industry having had some really good experience. So they took it upon themselves to transform the construction industry.

The idea behind Katerra was simple - they wanted to become the Salesforce of construction, a one-stop-shop, vertically integrated construction project management company.

The startup tried to capture the construction market worth over a $12 Trillion by using modern technology that was supposed to reduce the cost of construction projects. This in theory, works well, mainly since there has been a ton of innovation in the construction industry in the past few decades.

The Rise of Katerra

Katerra’s goal was to cut out the construction time by not using conventional methods, but the company manufactured large building components off-site. For example, the company may fabricate an entire wall (including windows) off-site for the final assembly on-site at a construction project.

The technique allowed for lower cost, and the advanced technology resulted in a higher-quality finish. Investors had eyes on its founder Michael Marks, who had previously served as CEO of Flextronics, an industry-leading electronics manufacturing company. They believed he could transfer his experience from the manufacturing industry to the construction industry.

In January 2018, Katerra raised an $835 million investment from Softbank. By 2018, the company had 700 projects underway and many in the backlog. It planned to build up to 14 distribution centres across the country. According to Crunchbase, Katerra got investment more than any other private company in the construction industry for the past five years. 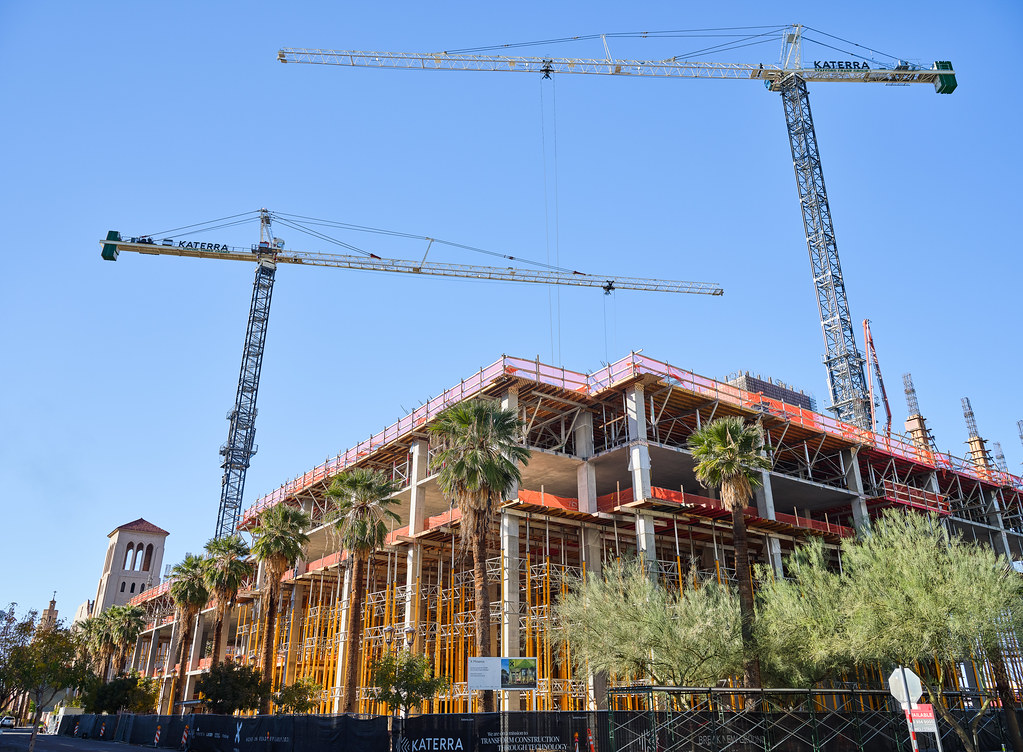 The Origins of Katerra's issues

The trouble had already started in 2019 when Katerra reported the company plans to lay off approximately 200 of the employees and close their factory in Phoenix, Arizona.

Katerra’s fall can be blamed on a long list of reasons, including a rotating cast of CEOs, lack of focus, factory closures, a controversial track record on delivering projects, etc.

Katerra emphasised growth, disruption, and innovation very heavily, without having a clear path to profitability. In 2020, the company claimed it had more than 8,000 employees around the globe.

In June 2021, Katerra filed for bankruptcy, stating the Covid-19 pandemic as the reason and an inability to raise new capital following the collapse of its lender, Greensill Capital. Softbank's Vision Fund had reportedly invested more than $2 billion in Katerra in total, including a Greensill Capital bailout in December of 2020. Katerra employees were told that the company would shut down without paying severance packages or unused time off.

Although there were many reasons for their downfall, including factory closures and controversial track records, their fall can be primarily attributed to a lack of PMF, focus, and an inefficient workforce.

They lost their lack of focus early in their journey. Instead of sticking to their “Salesforce of construction” goal, they started looking into software development and developing internet-of-things technology.

This stalled them from building more efficiently as they had earlier promised and burnt a lot of cash trying different things. This was a complete opposite case of ChaCha’s failure.

Startups with founders who have previous exits can attract a lot of funding from day one and are much more likely to run into the problem of premature scaling before product-market fit. “They tried to integrate the entire process too rapidly and serve a large geographic territory, not fully understanding that each state treats modular and off-site construction a little differently in terms of codes and regulations”, said Tom Hardiman, Director of Modular Building Institute.

Most of the customers that came were first or second connections of their investors. Katerra ended up building only single-family houses in Saudi Arabia, a university building in Washington and a Ronald McDonald House in Idaho.

An inefficient workforce also contributed to Katerra’s problems. Katerra had hired many talented architects and engineers, but they mostly came from traditional firms. Most of them hadn’t worked in a high growth environment before. Katerra also hired engineers from AutoDesk which doesn’t have a fast moving culture. They were finally left with a highly talented workforce who weren’t from the industry or didn’t know how to lead.

The CEO of SoftBank, Masayoshi Son, indicated that Katerra and WeWork were among the investment firm's biggest failures to date.

Work on finding the product-market fit before scaling; Katerra didn’t have a PMF and started scaling prematurely. Understand your target market first, build a product, and start scaling last. Do not pursue growth at all costs, especially at the expense of your current customers.

Katerra had all the exceptional talent they needed but didn’t have folks who could work in a high growth environment. As a startup scales, the biggest hiring problem isn't finding talented folks but those who CARE about what you are building.

The best marketing for your startup is done by your customers. Katerra couldn’t complete their projects and hence didn’t have a proof of concept, which could have allowed them to acquire more customers. Sujeet Kumar is a co-founder of udaan. He founded udaan in 2016 with Vaibhav Gupta and Amod Malviya, who were both former senior executives at Flipkart.