What is a Valuation Multiple?

The multiples approach is based on the theory that similar assets sell at similar prices. It assumes that the ratios used to compare firms, such as operating margins or cash flows, are the same. This is usually done by referring to a financial ratio, such as the price-to-earnings (P/E) ratio, as the earnings multiple. Typically, these ratios are expressed as multiples rather than as percentages.

How do investors use the Multiples Approach?

The multiples approach is used by investors to determine the value of a company and the companies that are worth investing in.

For this, they start by identifying similar companies and evaluating their market value.

Next, a multiple is calculated for the comparable companies and then aggregated into a standardised figure using a key statistics measure such as the mean or median.

A value identified as the key multiple among the various companies is applied to the corresponding value of the firm under analysis to estimate its value.

In a nutshell, investors use multiples to find businesses that are undervalued and overvalued relative to their intrinsic value.

The following section contains a simple example of the multiples approach to help you better understand.

Example of the Multiples Approach

Let us take the example of a financial analyst who uses the multiples approach to compare where major banking stocks trade in relation to their earnings.

A simple way to do this is to look at the publicly available P/E ratios for the four largest banking stocks in the US. Below is a table containing the trailing 12-month P/E ratio for the top 4 banks as of April 1, 2021.

By taking a quick look at the table, the analyst can see that Citigroup is trading at a discount to the other 3 banks in relation to its earnings. It has the lowest price-to-earnings ratio at 15.4.

Wells Fargo, on the other hand, has the highest P/E multiple among banks at 95.6.

Next, the analyst calculates the P/E ratio mean (also known as the average) of the four banking stocks. It is done by adding them together and dividing the result by four.

The analyst is able to gain a major insight by analyzing the average P/E ratio. With the multiples approach, he now knows that Bank of America, JP Morgan Chase and Citigroup all trade at a discount to the major bank P/E ratio mean.

Since the valuation multiple is essentially a ratio, it consists of two components- a numerator and a denominator.

The numerator contains a valuation metric. It can be either enterprise value or equity value.

The denominator consists of a financial metric. These metrics include revenue, EBITDA, EBIT, etc.

As with any ratio calculation, the represented group in the numerator and denominator must match.

Furthermore, it is also critical to gain a deep understanding of the company and its sector in order to make an informed decision. For instance, a mature industry such as construction is likely to have different valuation multiples than a high growth industry such as technology.

In some cases, industry-specific operating metrics and multiples are also used. In the case of social media companies, daily active users (DAUs) would provide a better forecast of their valuation than the company’s earnings.

And in the transportation industry, EV/EBITDAR is frequently used since rental costs are added back to EBITDA. In the case of unprofitable companies, the EV/Revenue multiple is often used since it's the only meaningful option (e.g. EBIT could be negative for such companies)

What are the different types of Valuation Multiples?

Equity multiples or market multiples include the price-to-earnings (P/E) ratio, price-earnings to growth (PEG) ratio, price-to-sales (P/S) ratio. In essence, they are ratios between share price and an underlying measure of the company's performance such as earnings, sales or book value.

Moreover, enterprise valuation multiples are less affected by accounting differences. This is because the denominator is calculated higher up on the income statement.

Equities multiples, on the other hand, can be artificially impacted even if there are no changes in enterprise value. Nevertheless, equity multiples are popular with investors because the details are readily available on the internet and are easier to calculate.

A Backward-looking multiple is a valuation method that portrays a company’s value based upon its past performance. They are the multiples you get by dividing a company's present value by its historical earnings, revenue, or book value. This value is then used to predict, with a certain degree of accuracy, a company’s future earnings and stock performance.

Backward-looking multiples, although proven effective, only provide a look into the past, and are not always effective when applied to all companies.

Forward multiples are calculated based on a company's next twelve months EBITDA or EBIT. They are also popularly known as growth multiples.

It is often used to estimate the valuation of high growth companies that expect their future earnings to be better than their last twelve months.

Unlike backwards-looking multiples, forward-looking multiples are in line with the principles of valuation. Particularly, that the value of a company is based on its present cash flow, rather than past profits.

In the next section, we take a look at the commonly used valuation multiples.

P/E ratio (Price-to-earnings ratio) is a way of determining the value of a stock. It's calculated by dividing the current share price by the latest reported earnings per share (EPS). It is one of the most commonly used equity multiples since the data is easily accessible.

The price to book ratio, or P/B ratio, is a financial ratio that compares the current market price per share to the book value per share of the company's assets. It is often used when assets are used to produce earnings. 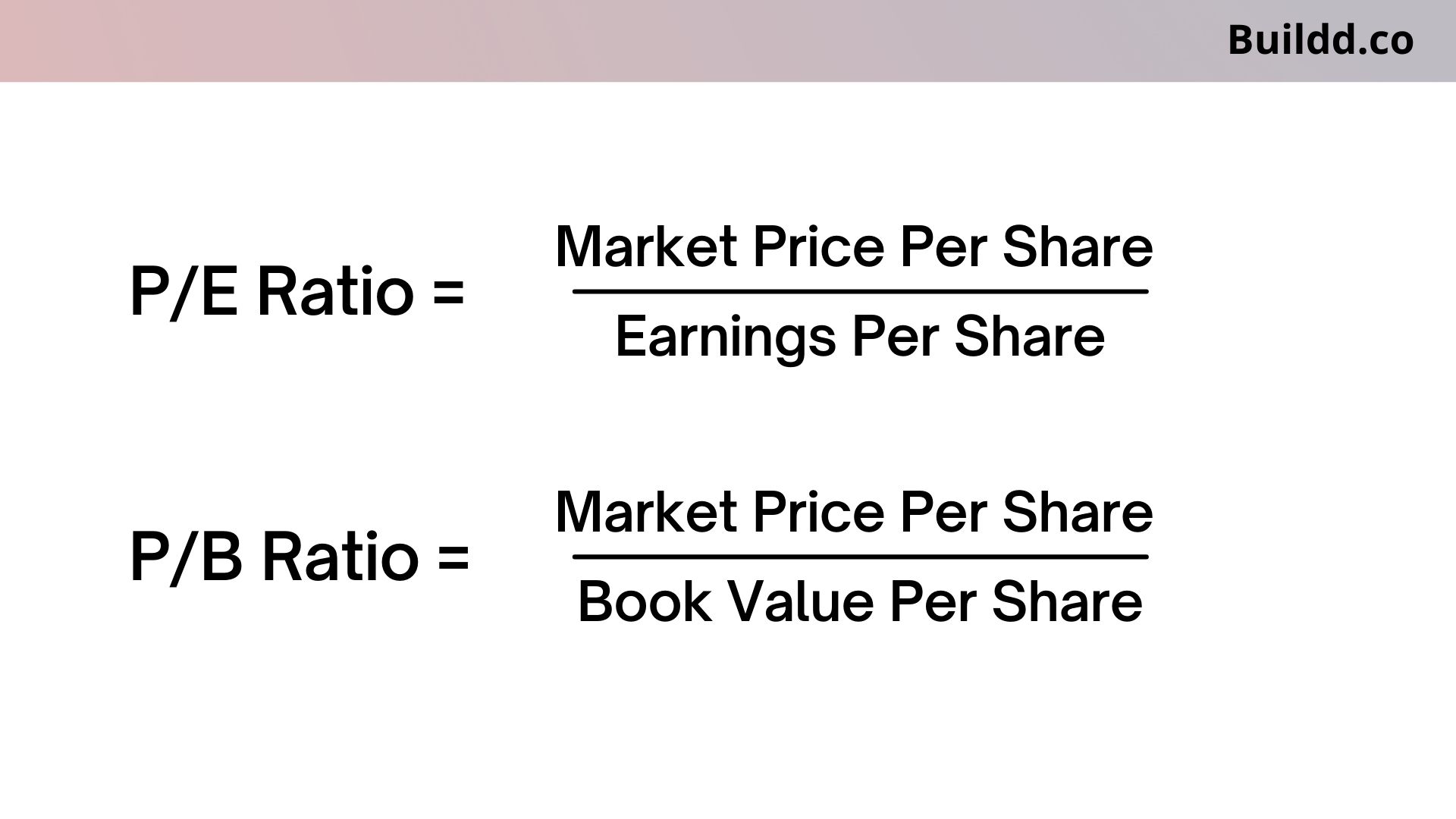 Simply speaking, it is the amount investors earn for each dollar invested. If the dividend paid by the company is $2.50, and the company is currently trading at $25 per share, then the company's dividend yield is 10%.

Price/Sales ratio is the ratio of the current price of the stock to its sales (revenue) per share. The calculation is: Price/Sales = Current Share Price ÷ Sales Per Share

Price/Sales ratio is a financial ratio used to value a business based on how much investors are willing to pay for each dollar of sales. 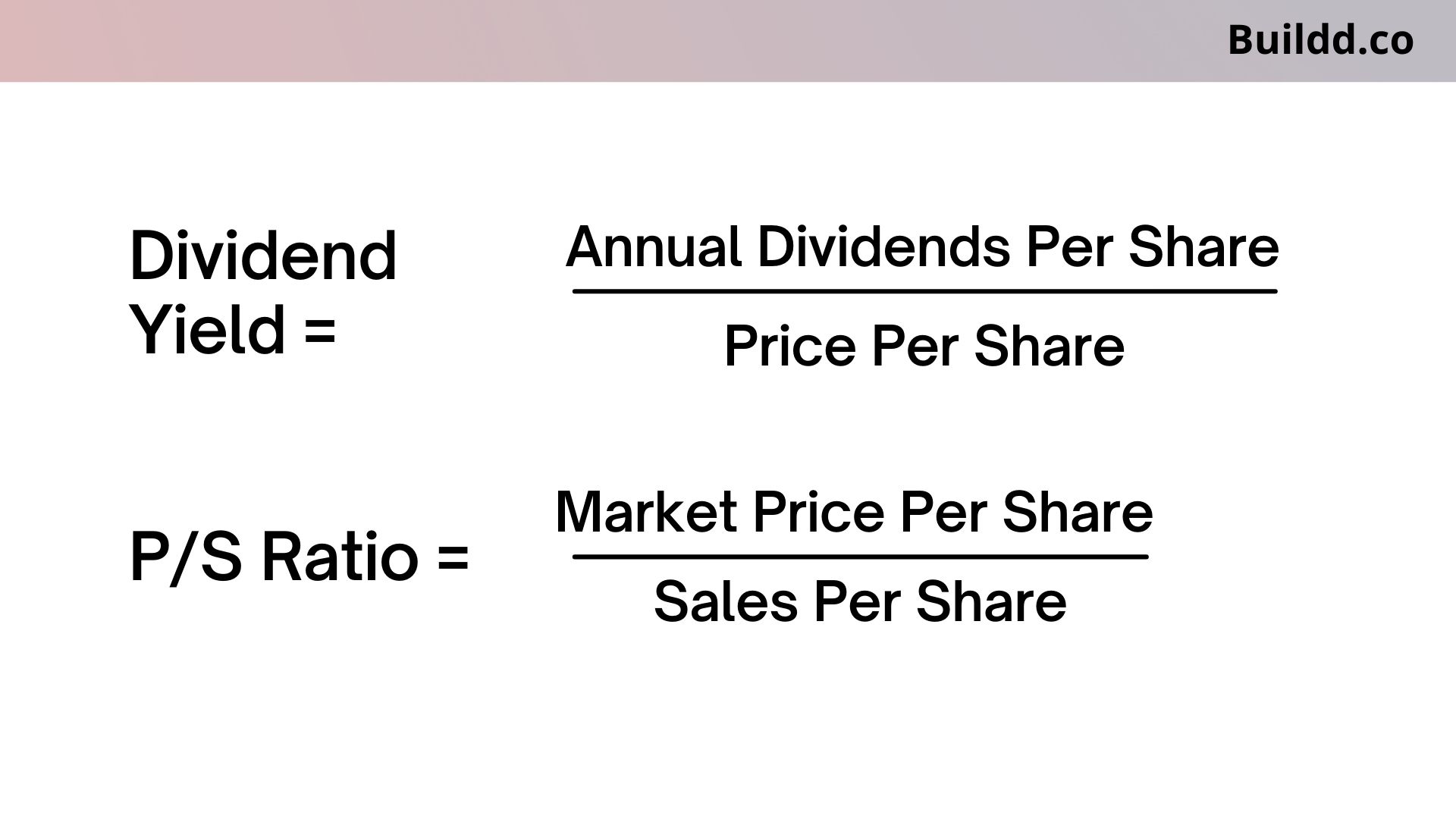 EV/Revenue is a valuation method by dividing enterprise value by yearly revenue or sales.

EV/EBITDA is a valuation metric used to compare the financial strength of companies within the same industry or sector. EV/EBITDA means “enterprise value” (or enterprise value as a multiple of free cash flow) as a multiple of “earnings before interest, taxes, depreciation and amortization.” It is used in place of the P/E ratio since EBITDA doesn't include the value of debt.

The ratio is used to see whether the company's value is overstated or understated. It also helps investors to get a better understanding of the firm's financial position and risk. Public Benefit Corporation (PBC) is a new form of corporation that seeks to balance the creation of wealth for shareholders along with the goal of creating social good. Learn more about PBC companies here. In this blog, find complete information about New Product Introduction. Learn the basics as well as how to go about the six steps in the NPI process. Vested Stock is an incentive given to an employee that entitles them to purchase a certain number of shares of the company's stock at a predetermined price. Read more about vested stock options and types of vesting schedules. Product Process Matrix - What it is, Origin, and the Process Stages

Get all the information you need to know about the Product Process Matrix. Learn what it is, its origins and the four process stages.