AMUL is the long standing FMCG giant in India which made Rs 61,000 Cr ($7.6B) revenue in FY22! But, how did this company achieve this feat by only spending 1% of its sales on advertising. Well, let's find out!

The origins of Amul date back to 1940s. Back then, Polson dominated the dairy industry in Mumbai by buying milk from farmers at lower rates and selling it to consumers at much higher prices. The milk sold was also adulterated with water to get higher margins.

To solve this issue, India's then Home Minister, Sardar Vallabhai Patel, urged the farmers to create their own organization to supply milk to Mumbai directly. And thus, Amul or Anand Milk Union Limited was born. Today, Amul is the largest milk cooperative in the world, owned by ~4 million milk farmers!

Right from the start, Dr Varghese Kurien was particular about creating a strong & unique brand identity for Amul. In 1966, he handed over the advertising to Sylvester da Cunha. That's when the ICONIC Amul girl and her "Utterly Butterly Delicious" tagline were conceptualized. The Amul girl was actually inspired by Polson's mascot.

But, while Polson's mascot was a refined, soft girl, Cunha & his team deliberately conceived the Amul butter girl to be the exact opposite. That is, a mischievous and humorous little girl who took a dig at the current events in the country! Of course, the iconic mascot was immediately a huge HIT among Indian consumers!

Now, Amul's success in business & advertising with less than 1% of revenue spend, is almost unreal! So, how did they manage this feat? Well, Amul does not spend separately to create a brand out of each of its products. Rather it focuses on umbrella branding or family branding!

So, Amul as a brand is synonymous with "Taste of India" and consumers identify every product as coming from Amul. This strategy of creating an umbrella brand only works when your products are related and you identify the same principles across all products.

We did some quick math to figure out the advertising spend by Amul Butter for every household. And, turns out, Amul Butter spends INR 48.8 Cr on advertising to reach 2 crore households.So, their customer acquisition cost is a mere INR 24! So, Amul is clearly doing pretty well at spending less while earning MORE!

If you live in India and haven’t heard about Amul, you’re surely living under a rock!

But more than its products, Amul’s timely and topical ads have become iconic over the years! 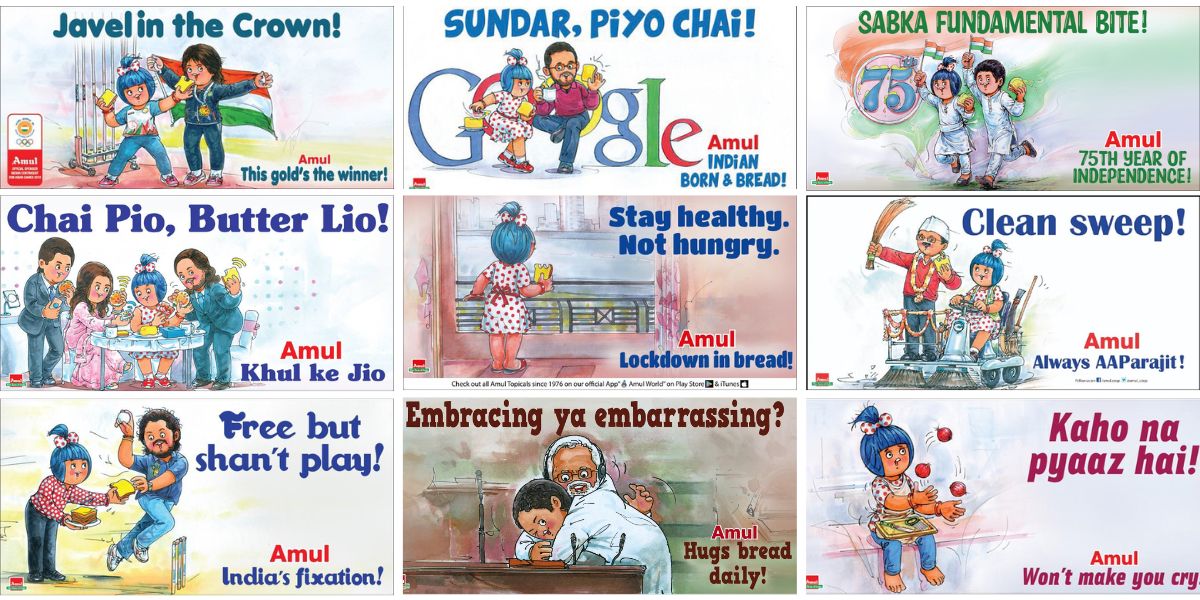 What’s surprising though is that Amul has achieved this feat by spending less than 1% of sales on its advertising, compared to the FMCG industry standard of 8-15%![2]

So, what’s the secret of this advertising icon, Amul? Let’s find out!

Firstly, a brief history of Amul

The origins of Amul date back to the 1940s. Back then, Polson, a dairy company, dominated the business of milk & milk products around the area of Mumbai (Bombay).

Polson exploited the farmers, buying milk from them at lower rates and selling it to consumers at much higher prices. The milk was also adulterated with water to get higher margins.

Sardar Vallabhai Patel, India’s first home minister, became aware of this situation and wanted to rectify it. He urged the farmers to form their own organization to supply milk to Mumbai directly.

This would serve two purposes:

And thus, Amul or Anand Milk Union Limited was born.

Originally, this was a tiny cooperative consisting of just the farmers from Anand, a small town in Gujarat. But in 1970, Dr. Varghese Kurien, the pioneer of Amul, was tasked with replicating the Anand model across India.

This phase popularly known as the “white revolution” put India on the global dairy map.

Today, Amul is the largest milk cooperative in the world, owned by ~4 million milk farmers![3]

The beginnings of Amul’s iconic advertising

Right from the start, Dr. Varghese Kurien was particular about creating a strong & unique brand identity for Amul. He wasn’t a marketing expert himself, but he knew the importance of branding in building a successful FMCG organization.

So, in 1966, he handed over the advertising to Sylvester da Cunha and his ad agency. Cunha & his team conceptualized the iconic Amul girl and the tagline, “Utterly butterly delicious” for Amul butter.

Now, the Amul girl was actually created in response to the mascot of its competitor, Polson! 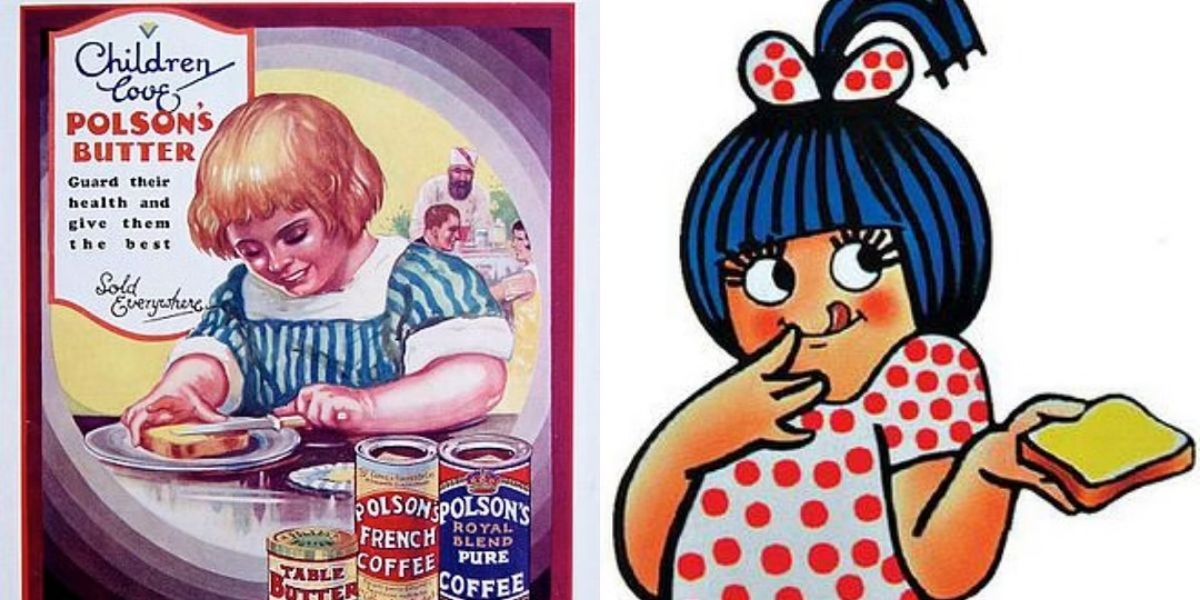 Polson butter at the time was very popular and its mascot was a refined, soft girl. So Cunha & his team conceived the Amul butter girl to be the exact opposite — a mischievous little girl who took a dig at the current events in the country.

There were two key aspects to all the Amul girl ads:

These ads became wildly popular and the Amul girl has stayed relevant for more than five decades now!

So, what is Amul’s SECRET sauce for great advertising?

Now, Amul’s success in business & advertising with less than 1% of revenue spend, is almost unreal. In fact, Amul’s 5-year average ad spend is just 0.8% of the revenue!

So, how has Amul managed to achieve this feat?

Amul does not spend separately to create a brand out of each of its products. Rather, it focuses to buildd an umbrella brand for the company itself i.e. Amul. In advertising, this approach is called umbrella branding or family branding.

So, Amul as a brand is synonymous with “Taste of India” and consumers identify every product as coming from Amul.

Of course, a clear advantage of umbrella branding is that you don’t have to allocate a separate budget for each product in the portfolio. Naturally, your marketing expenses go down.

But, the approach of umbrella branding works well only when your products are related and you identify the same principles across all products.

Amul’s core principle is quality at a reasonable price, which is maintained in all of its products. So, umbrella branding makes sense for Amul.

Does anyone else use umbrella branding?

Amul is not the only company to make use of umbrella branding. There are many more examples in the FMCG industry itself. 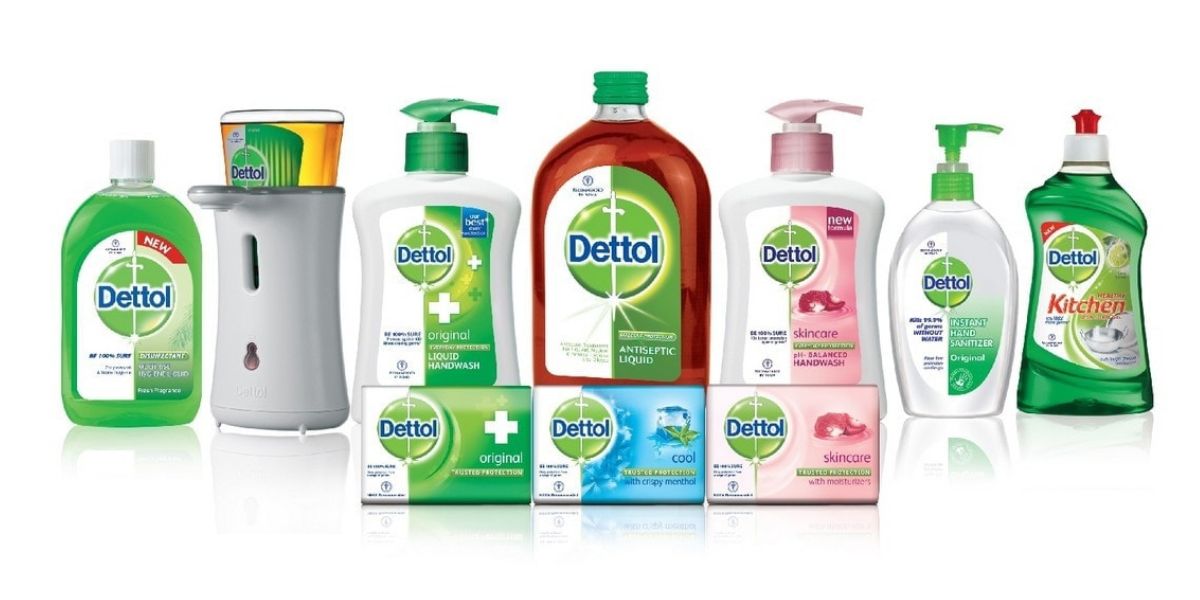 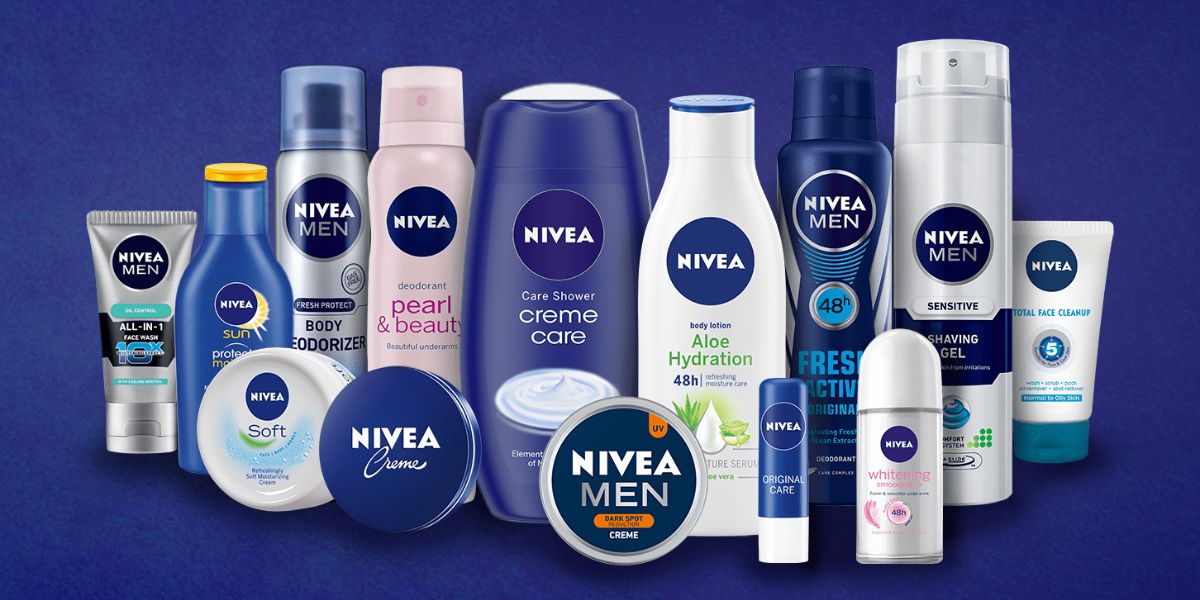 Of course, Amul has been way more successful in generating revenue as a single umbrella brand compared to all these companies.

But, how effective is Amul’s family branding approach?

Let’s look at some numbers to understand how effective Amul’s advertising is! We will take the example of Amul Butter, one of Amul’s oldest and popular products.

First, let’s find out how many households Amul Butter is able to reach with an advertising spend of INR 48.8 crores.

Now, INR 24 seems like a great number for customer acquisition. More so because Amul employs the umbrella branding strategy and if people buy Amul butter, they are likely to trust & buy Amul’s other products as well.

Amul has clearly aced advertising through the years and has become an iconic brand. You’ll hardly find anyone in India who hasn’t seen the ‘Amul girl’ campaigns.

The brand is synonymous with quality & purity, and has established an emotional connect with Indian consumers. It’ll be really hard for any organization to beat that! Brands pay Amazon to show up at the top of search results. They are marked with a "sponsored" tag.

Amazon Ads is an ads ecosystem, and not just search ads: a) Banners across Amazon.com b) Video ads on FireTV, Twitch c) Voice ads on Alexa

Amazon Ads made 2.5x of Twitter, Snapchat, Pinterest & Spotify revenues combined. It's the 3rd biggest ads platform in the US, and will eat up Google & Facebook's market share to grow to 15% by 2023.