Outcome Active, but all physical stores shut down Cause Underperformance

Teavana Corporation was an American tea company that manufactured and distributed various tea products. The company had a worldwide presence. It had Teavana stores located throughout the United States, Canada, Mexico, and the Middle East. 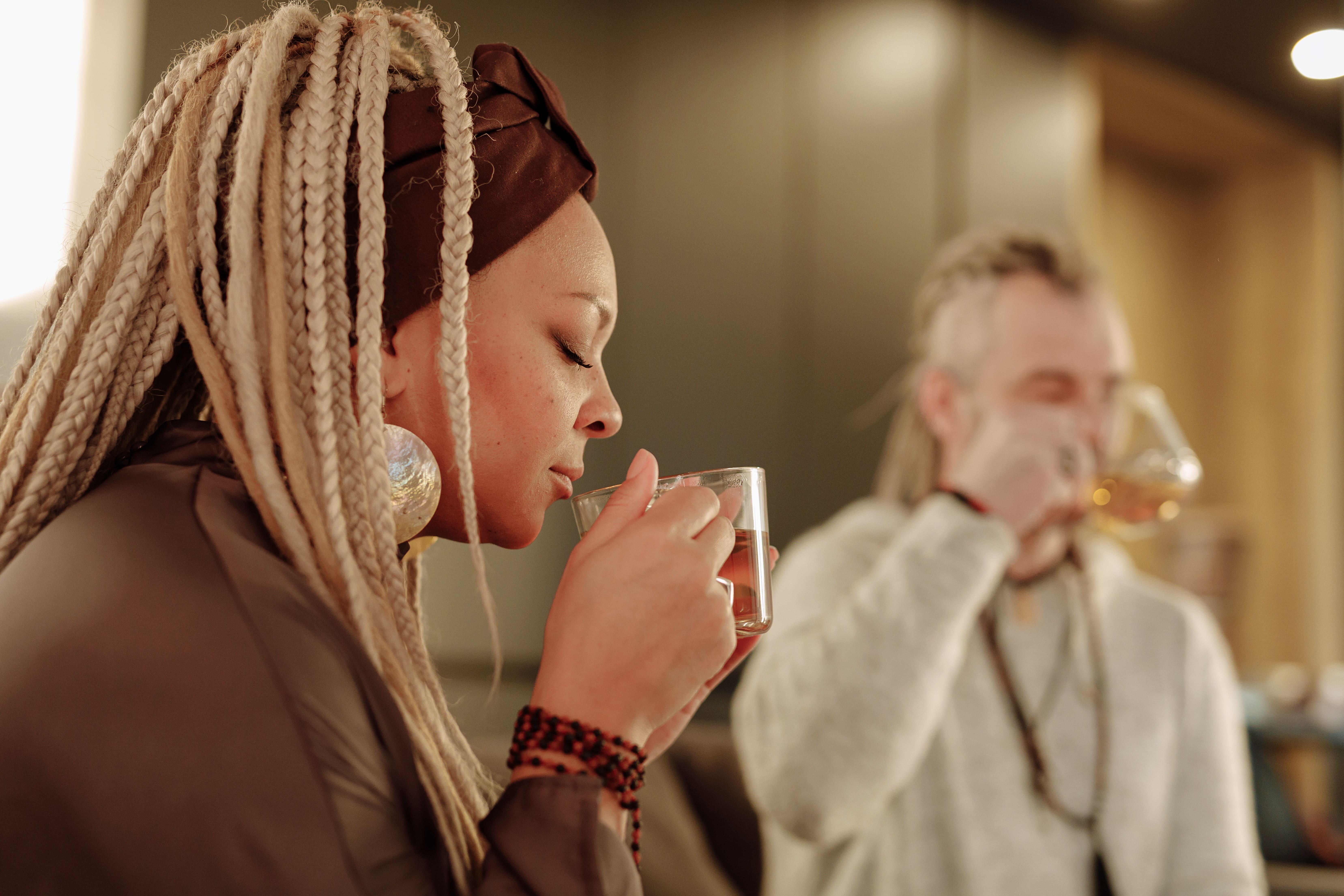 Teavana (initially launched as Elephant Tea Co.) was founded by Andrew Mack and his wife, Nancy Mack in Atlanta, Georgia in 1997. Inspired by the various tranquil tearooms they had visited overseas, Mack and his wife opened a 700-square-foot store in Phipps Plaza, a mall in Atlanta.

Prior to Teavana, the couple did have a certain amount of experience in retail and customer service. Andrew was employed as a restaurant manager in a popular dining chain Applebee’s. Nancy Mack was a former customer service manager at the Walt Disney World Resort.

What Happened to Teavana?

Like most businesses, the first Teavana location took some time to take off. The couple worked long days and nights to get their store to break even. There were many times when it seemed like Teavana was going out of business. But eventually, their hard work paid off. And, the store did more than break even, it became profitable.

With the profits made from the first Teavana location, the couple expanded and launched a second store. This was followed by a third store, and a fourth, and so on. The Teavana brand was on a roll, and the Macks did not intend to stop there.

After the initial bouts of success, the couple decided to ramp up their growth by adopting a franchise model. But within a few years, they changed their mind. They decided to pull out of the model and bought out all the franchise owners.

The couple instead took a new approach toward expansion. Before this, the Teavana business was 100% bootstrapped. The company was self-funded and was doing quite well for itself. The venture had around 12 functioning stores and had generated close to $10 million USD in revenue up until then.

With its unique concept and superior returns, the business seemed quite attractive to investors. In 2005, SKM Growth Investors partnered with Teavana by investing 10 million into the company to accelerate its rise.

Within the next few years, SKM growth worked with the management to boost Teavana’s brick-and-mortar expansion. They started by identifying key areas in Teavana’s existing business model that could be developed to bolster growth.

After identification, new changes and approaches were introduced and implemented. The Teavana team began working on strategies to streamline its e-commerce and distribution. For example, the team recognized that all Teavana stores were based in shopping centres and malls.

Thus, securing locations that were competitive could help drive in-store traffic. To execute this, the SKM group collaborated with real estate executives and used its connections with shopping centre developers. 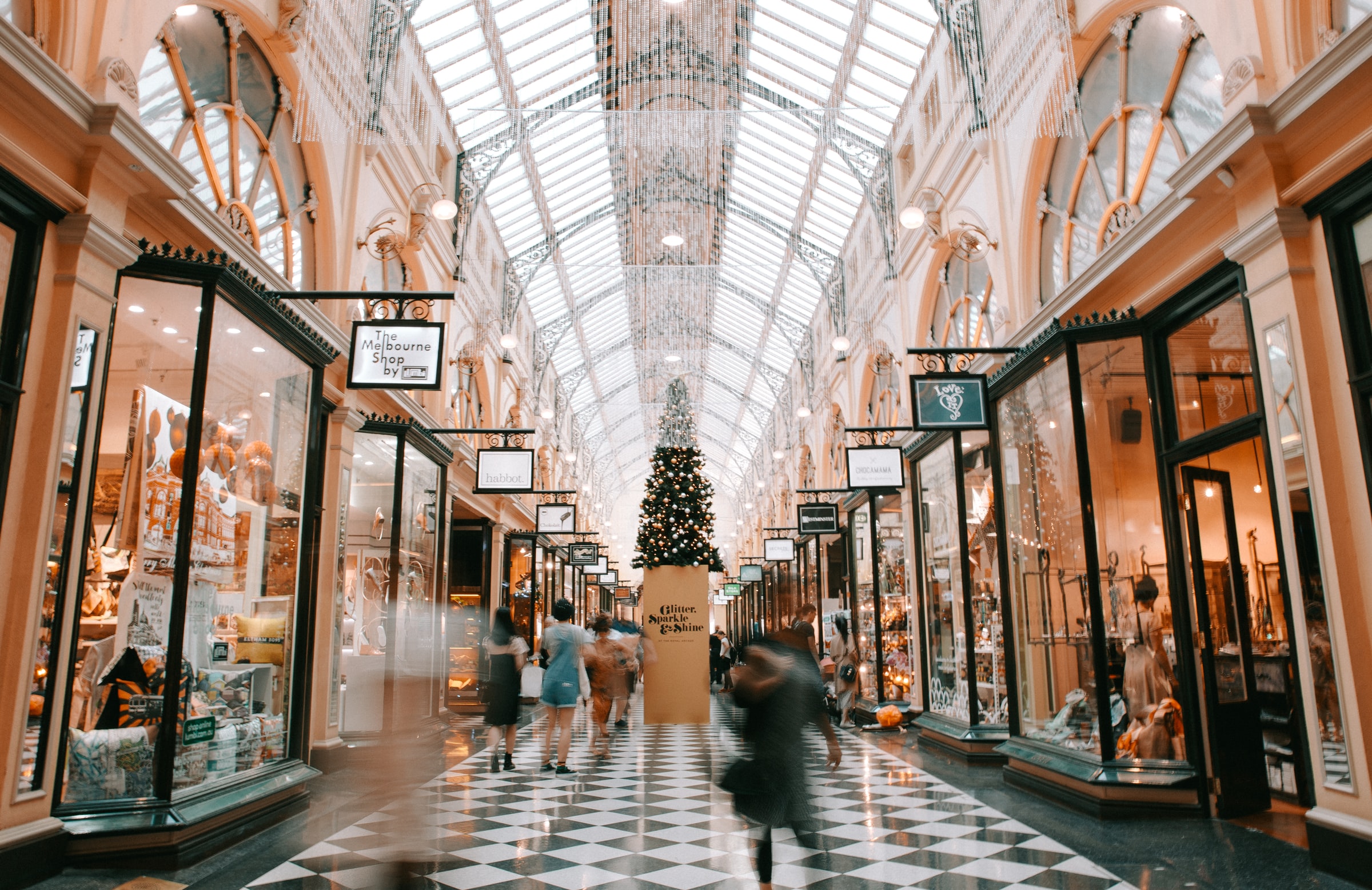 The company also made considerable changes on the HR front. A network of retail managers and field staff was developed to support all Teavana locations. Important positions such as Chief Financial Officer, which could no longer be outsourced, were also filled up. What happened to Teavana after these changes?

These changes eventually paid off for the company. By 2010, Teavana, net income was $12 million USD. In June 2011, the company announced it would be going public to the markets with an initial public offering.

Teavana planned to raise $100 million USD in the market with 7.1 million shares priced between $13-$15. When the company did go public, it exceeded these expectations and ended up raising $121 million USD.

Within the next year, Teavana had generated $200 million in sales across the 301 Teavana locations in North America. The company had become 5000 employees strong.

During this time, Teavana also expanded to international locations such as Canada and Mexico. By late 2012, the company operated more than 300 stores across the US and Canada and 19 franchised stores in Mexico. Teavana also opened its first store in the middle east.

With all this success, Teavana caught the eye of many industry onlookers, including the popular coffeehouse Starbucks. Now under its radar, Starbucks undertook the process of wooing the Teavana board to purchase the successful tea business.

However, these advances were not necessarily welcomed by everyone in the Teavana camp. In an attempt to block the Starbucks takeover, three class-action lawsuits were filed by a few of Teavana’s shareholders.

The Shareholders argued that the buyout per share had undervalued the company and hence the deal cannot go through. But the lawsuits were eventually settled. And in late 2012, Starbucks announced that it would be buying Teavana for $620 million USD in cash.

The Macks, who owned more than 50% of the company walked out of the deal with 330 million cash. However, after the takeover, Starbucks decided to retain most of Teavana’s management. Including Andrew Mack, who stayed on as the Executive Vice President of Teavana.

The Starbucks acquisition was a calculated decision. This purchase aligned with Starbucks’ plans of innovation and expansion. It wanted to grow its product lines and distribution channels. After dominating the coffee business, Starbucks wanted to replicate that success in the tea industry.

The Starbucks-Teavana merger was a successful one. According to Starbucks’ financial records, Q2 FY13 had a 174% increase in revenue over Q1. This was attributed to the addition of the Teavana locations and the revenue generated from them. 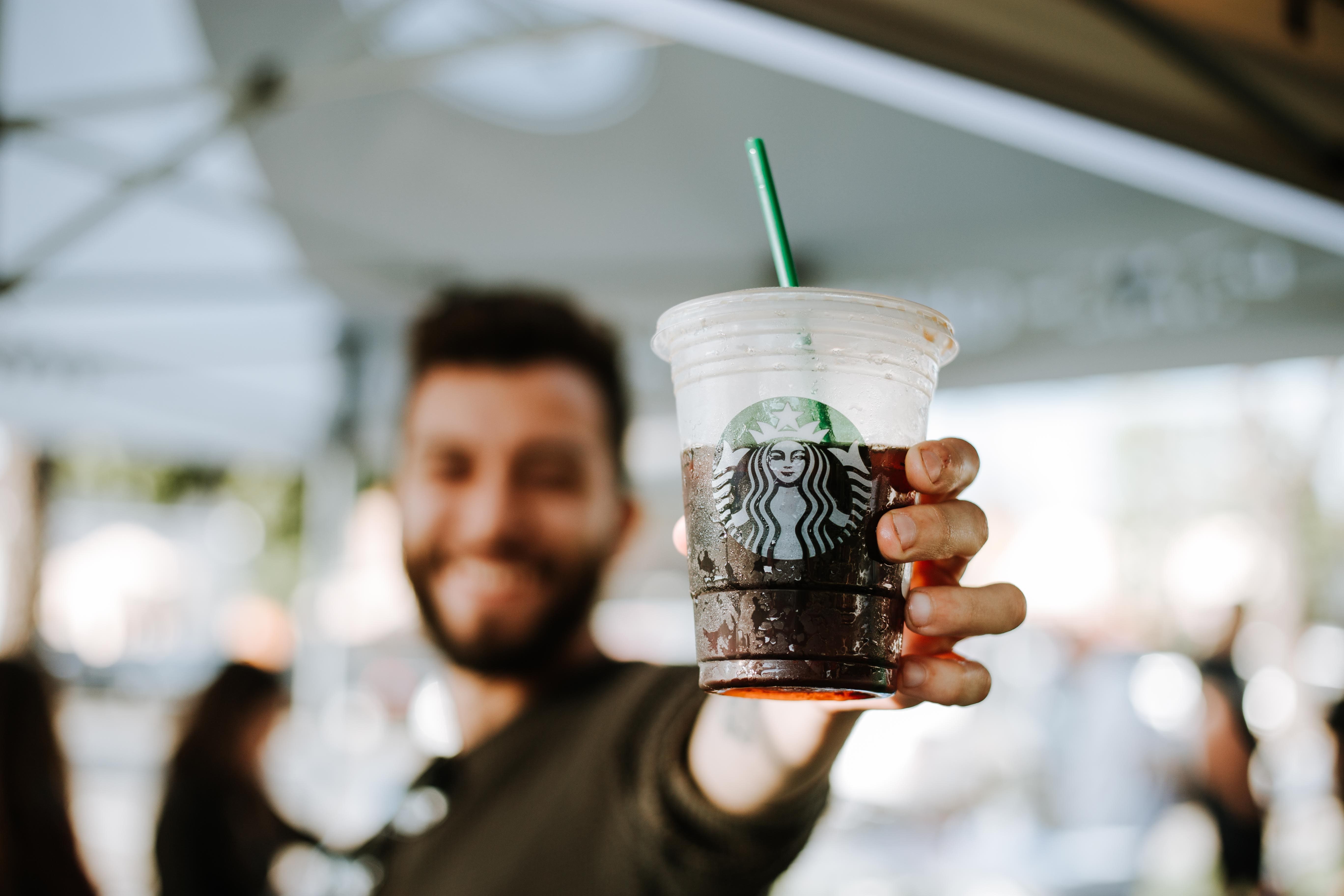 The Teavana team was optimistic. Andrew Mack even forecasted its expansion to 500 Teavana stores by 2015. However, in February 2014, Andrew Mack stepped down as the executive vice president. His successor was Annie Young-Scrivner, a Starbucks executive.

Over the next few years, the company continued its efforts to expand and establish the Teavana brand. Several new innovations were introduced. For example, Starbucks opened their first Teavana ‘Tea Bar’ in New York City and Seattle.

In April 2014, Starbucks collaborated with Oprah Winfrey to sell her own exclusive ‘Oprah Chai’. These would be available for consumers in all Teavana locations near them. The company also expanded its distribution channels and partnered with Anheuser-Busch, a brewing company to start selling bottled Teavana teas.

Over the years, all these efforts began paying off. Teavana had grown to 350+ retail locations across the US and had generated over $1 billion in sales. In 2016, Starbucks also expanded to the Indian market with a 50-50 joint venture with Tata Global Beverages. The brand also began pushing for expansion in China.

However, despite all its expansion efforts, there were cracks forming on Teavana’s shiny surface. A lot of it had to do with Starbucks closing Teavana locations and repurposing them into Starbucks stores in that same year. The company even shut down its short-lived ‘Tea Bar’ they had opened just a few months ago.

These tumultuous moves left many fans confused and wondering: are the Teavana stores still open? Or is Teavana going out of business? If not, why is Starbucks closing Teavana?

In July 2017, Starbucks announced that it would be shutting down all of its 397 physical locations in the next six months. This company cited underperformance as the core reason.

After learning about this decision, the Simon Property Group decided to contest it in court. The group argued that the financial windfall caused by this closure would affect the operator group a lot more than Starbucks.

An Indiana judge agreed with this argument. And as a result, Starbucks was forced to keep open the 77 loss-making stores. However, in Jan 2018, the Simon Property Group and Starbucks reached an agreement and all the 77 stores were eventually shut down.

Throughout this period, Starbucks had been quite tightlipped about the proceedings. However, to an outsider, the whole affair appeared to be quite unambiguous. Why was Starbucks closing Teavana stores? The answer was simple. The Teavana stores were no longer profitable.

Teavana stores were profitable and were doing quite well till the mid-2010s. However, in its final few years, the underperforming units simply outnumbered the successful ones. Why was Teavana going out of business? What went wrong? What happened to Teavana?

Too much focus on malls

Teavana’s failure can be primarily attributed to the retail apocalypse. Over the last few years, mall traffic had been on a decline. Unfortunately, that was also where most of Teavana’s stores were located.

Although Teavana was widely successful as a standalone store, its success was not and could not be replicated outside the mall environment.

Did not adapt to the market

Teavana primarily sold upscale, speciality tea along with products to assist in brewing them. This assortment made a lot of people view Teavana as more of a novelty gift shop.

The aesthetic of these stores also resembled a gift shop. They were incredibly tiny and were probably planned for a small daily footfall. Teavana’s sales model was designed to prefer a few big sales, over smaller, quantitative sales.

In order to invite high volume sales, the company needed to restructure its brand, assortment, retail model, and customer expectations to increase revenue.

Enjoying tea has always been more of an acquired taste. The effects of tea are less immediate in comparison to its mass-produced counterparts like coffees and sodas.

From the store’s inception, the Macks’ objective was clear: they didn’t want to sell another beverage, they wanted to sell the ritual of tea.

But the most basic and primary requirement for anything to enter popular culture is accessibility. Things and trends get widespread and become mainstream when there is a low barrier to entry.

Teavana failed to recognize this. With its high prices and time-consuming process, drinking tea was made inconvenient to most who did not have time or money to splurge. Hence, understandably, people did not partake in the tea culture that was promoted.

However, Teavana's commendable efforts did not completely go to waste. Tea has become a lot more popular than it was before. There is now hope in the future - for a new company to take over and further ignite the synergies of tea culture and corporate capitalism. 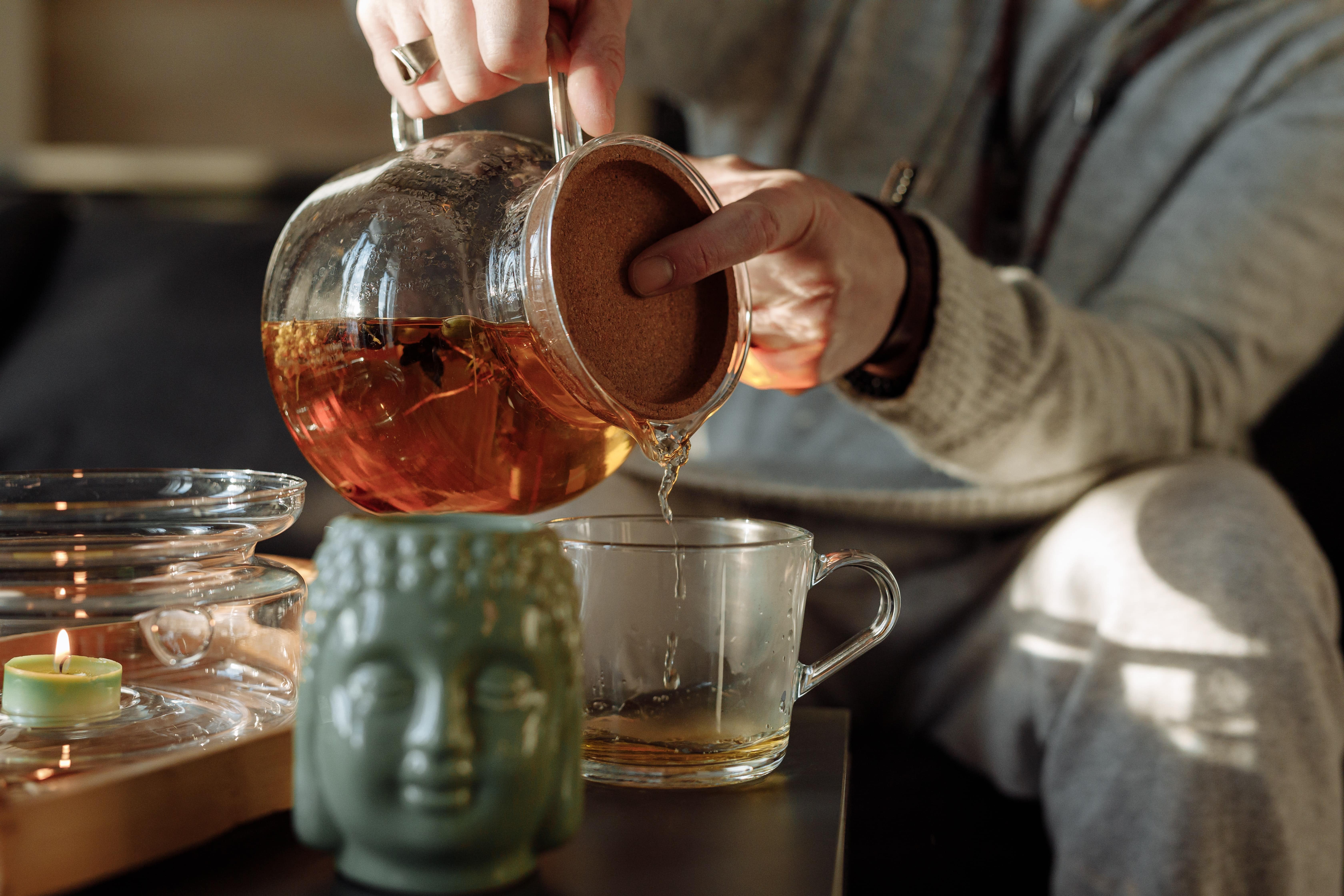 Are the Teavana stores still open?

So after all the time, many still wonder: are the Teavana stores still open? The answer is no, the stores are no longer open. The last of them was shut down after the dispute with the Simon Property Group. However, the Teavana company still does exist under its parent company, Starbucks. You can still find many Teavana products in any of its flagship stores. Robert "RJ" Scaringe is an American entrepreneur and engineer, the founder and CEO of electric vehicle manufacturer Rivian. Sarah Leary is the Co-Founder and Vice President of Marketing and Operations at Nextdoor, the free and private social network for neighborhoods.